From Zelda Dungeon Wiki
Jump to navigation Jump to search
Want an adless experience? Log in or Create an account.
Skyloftian 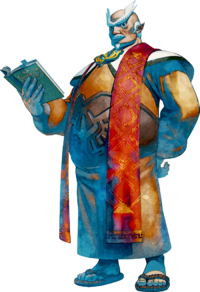 Skyloftian is the nationality found exclusively within Skyward Sword. They reside in the Sky, specifically on a main island known as Skyloft.

Skyloftians are the people who live in the village of Skyloft, located in the Sky above the clouds. These people revere Loftwings which they use as mounts, depicting them as cultural symbols and relying on them for games and travel amongst the islands of The Sky. The Skyloftians regard the land below as a dark place and do not venture there; no Skyloftian has ever seen the Surface.

The bird symbols that decorate Skyloft look like a variation of the Royal Family of Hyrule's crest, minus the Triforce on it. Skyloftians are the predecessors of the Human races of Hyrule and beyond, with Zelda's descendants specifically being the Hylian Royal Family.

The Skyloftians appear to live a peaceful life, but their interactions with other sky beings is unclear, and they do seem to have a Knight Academy. These Knights complete various missions and tasks, so it may be that Skyloft has heavy involvement with the world that surrounds them, and they may be capable of defending themselves.

The religion of most Skyloftians is worship of Hylia. A a giant statue of "the Goddess" dominates one of the landmasses of Skyloft.

Almost all Skyloftians are named after birds[1]: