From Zelda Dungeon Wiki
Jump to navigation Jump to search
Want an adless experience? Log in or Create an account.
Fokkeru 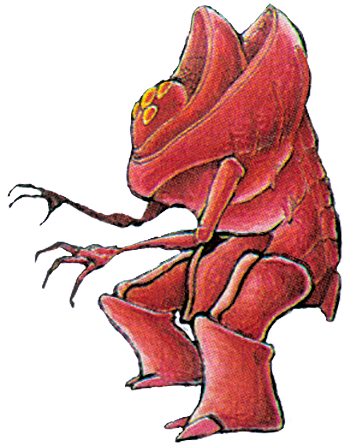 Artwork of Fokkeru from the Futabasha Guide

Fokkeru, also known as Fotail, is a bird-like enemy that appears in The Adventure of Link. Fokkeru are protectors of the Great Palace. They resemble dancing birds that breathe fire. Their behavior and method of attack is similar to the Guma that Link encounters in many of the previous Palaces. However, unlike Guma, the fireballs that Fokkeru fire remain on the ground once they land. Once Link has maneuvered inside the arc of the projectiles, they begin traveling backwards, often trapping him between the fire and the monster. The best method to defeat them is to press forward and drive the Fokkeru back to keep distance between Link and the approaching fire. If Link has Magic Power to spare, he can employ the Reflect Spell to absorb the fire as it approaches.