From Zelda Dungeon Wiki
Jump to navigation Jump to search
Want an adless experience? Log in or Create an account.
Salvager Set 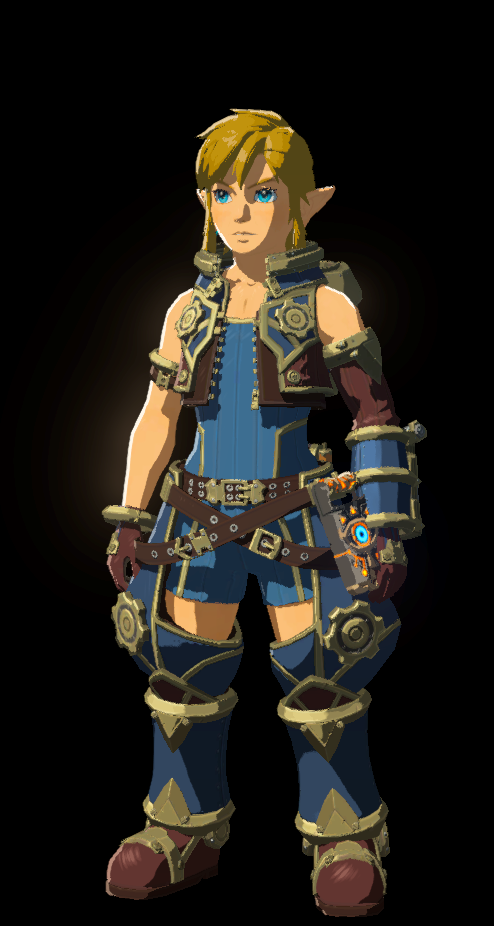 The Salvager Set is a set of armor found in Breath of the Wild. It was released as a part of a collaboration with Xenoblade Chronicles 2.

The set is found as part of the Xenoblade Chronicles 2 side-quest, which was introduced in Breath of the Wild 1.3.3. Three red shooting stars, resembling falling Star Fragments aside from the colour, can be seen falling in separate places around Hyrule. When they land, a red column of light will stand vertical to its position and a unique set of red Treasure Chests will be located at the columns' base.

After Link has obtained this item for the first time, he will be able to repurchase it from Granté in Tarrey Town.

Each item in the set has a power of 5, giving it a total of 15 strength., The individual pieces all increase swim speed, and the Set Bonus decreases the amount of stamina used when dashing in water. This set is not able to be enhanced or dyed.