From Zelda Dungeon Wiki
Jump to navigation Jump to search
Want an adless experience? Log in or Create an account.
Spirit Island 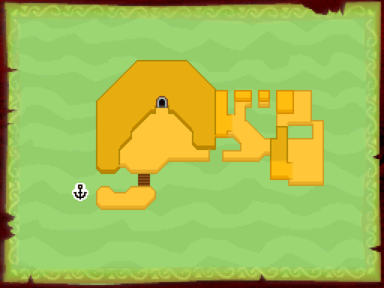 Spirit Island is a location from Phantom Hourglass. It was once visited by the servant spirits, who sought after the power to defeat evil.[1]

Spirit Island is a loose collection of islets, the largest of which features the Shrine at Spirit Island.

The port is located on a small islet south of the main islet, to which it is connected by a short, wooden bridge. A Postbox can be found next to the bridge.

The main islet of Spirit Island features a field of grass and a treasure chest, containing a Courage Gem, as well as the entrance to the shrine of the island.

A shrine which houses the servant of the goddess of spirits.[3] It acts as the locale where Link can restore the power of the spirits that guide him.

Accessible from the main islet via the Grappling Hook, the eastern portion of Spirit Island consists of several small islets filled with Octoroks, Like Likes, and Rupee Likes. On the tallest islet sits a treasure chest containing a Power Gem.