From Zelda Dungeon Wiki
Jump to navigation Jump to search
Want an adless experience? Log in or Create an account.
Zauz's Island 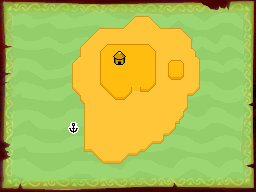 Zauz's Island is an island found in the World of the Ocean King in Phantom Hourglass. It is found in the northwestern part of the sea and is not initially located on the Sea Chart. The island's only inhabitant is Zauz the blacksmith who lives in soltitude along with some Cuccos.

Link must go to this island to forge the Phantom Blade using the three metals.