From Zelda Dungeon Wiki
Jump to navigation Jump to search
Want an adless experience? Log in or Create an account.
Taobab Grassland 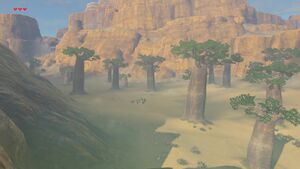 The grassland is located at the northwest portion of the Lake Tower region, just south of Mount Hylia on the Great Plateau on the northern part of the Oseira Plains. The area has a few very tall trees with grass growing all around. The easiest way to access the grassland is by paragliding down southwest from the Owa Daim Shrine at the Great Plateau after clearing said Plateau. 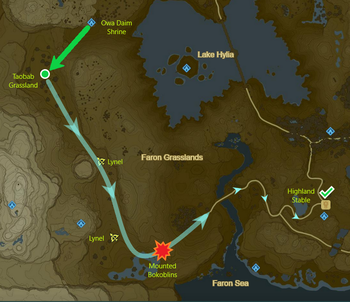 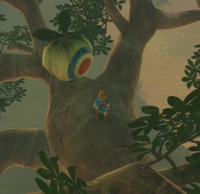 Shoot the balloon hanging from the tall tree. 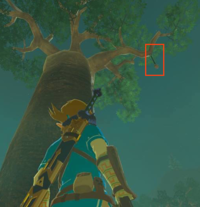