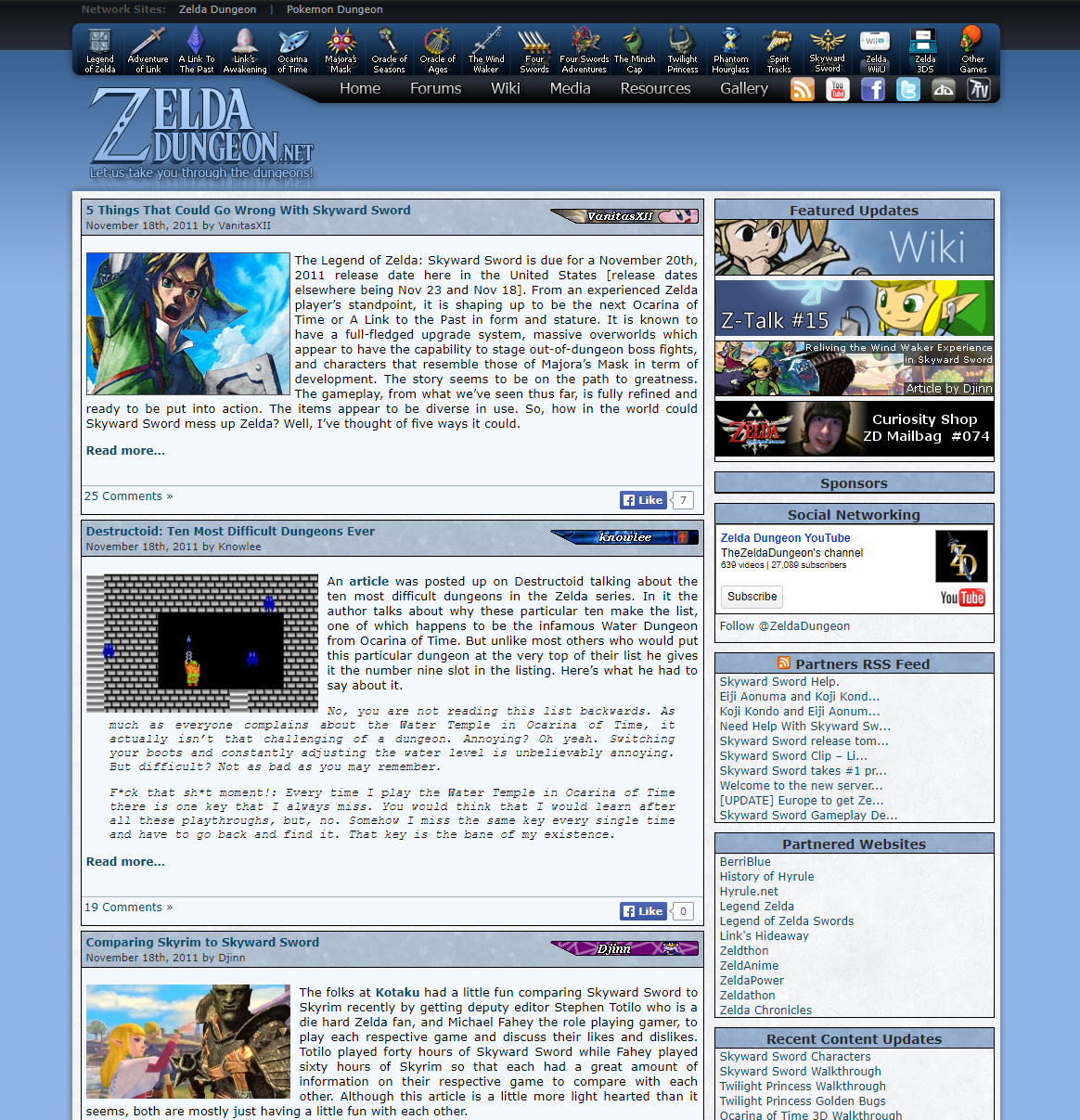 Launched on October 2nd, 2011, just over a month prior to the release of Skyward Sword. The layout itself shared a very similar color scheme as the previous layout and in many cases, it was more of an improvement over the prior theme, than a full new theme. The game menu at the top of the website adding links to Zelda 3DS and Zelda Wii U, which were still in their infancy at the time and wouldn't come to fruition until A Link Between Worlds released two years later and Breath of the Wild released 5 1/2 years later.

When Skyward Sword launched in November of 2011, a completed text walkthrough was available on day one, with images soon following. With a full guide and with the walkthrough being promoted weeks in advance, viewership reached new heights. On November 27th, the website recorded 98,211 unique visitors and 484,929 page views, both crushing the previous records. These numbers were shortly after Christmas, with December 28th record 119,849 unique visitors and 548,915 page views

The next revision of the site design would not come until December of 2014. With this theme being active for over 38-months, it was the longest running theme in website history.