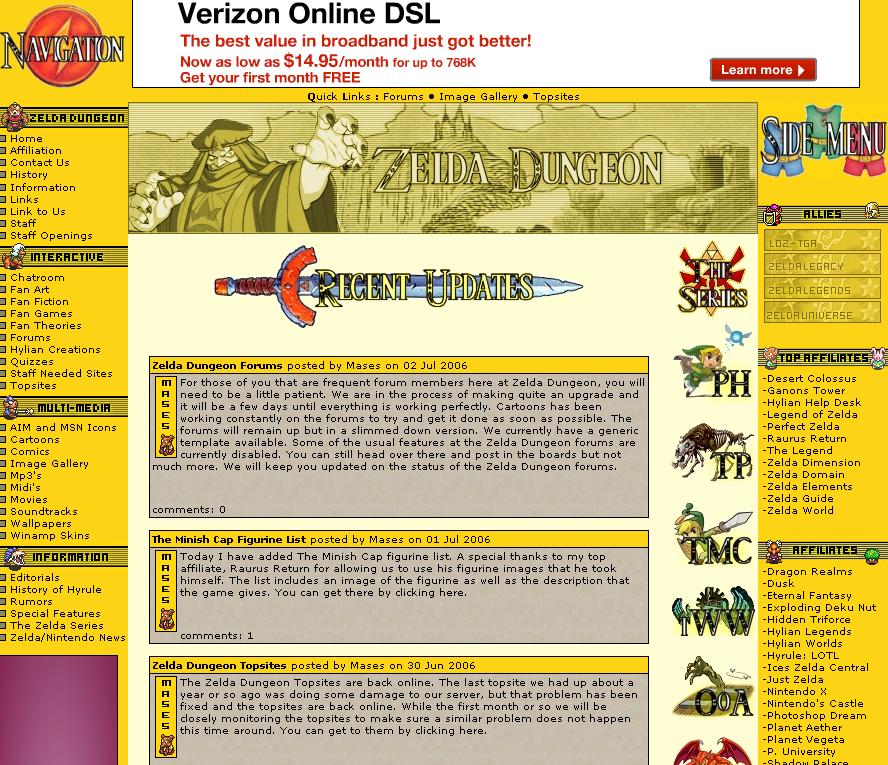 Just weeks after the release of layout 10.0, talks of yet another new Zelda Dungeon Layout had surfaced. Layout 11.0 was released on April 19th, 2006, and it was Avenged's third layout creation for Zelda Dungeon. The release of the layout came with almost universal displeasure of the color scheme. The new layout took on a gold color scheme, trying to resemble that of the Dark World from A Link to the Past, utilizing many sprite images. Many fans considered it to be too yellow and viewed it as being way too bright. This reaction saw a decline in visitors and after noticing the fans displeasure, another new layout was in the works.

This designed added a third vertical navigation bar, which included the quick links for the game navigation.

During this period of time, Avenged began to lose interest in his position at Zelda Dungeon and eventually resigned as Webmaster and went on to resurrect his old Zelda website, Zelda Chronicles. Avenged provided the site with a steady flow of new material, frequent content updates, news articles, and two layouts during his time as Webmaster.