From Zelda Dungeon Wiki
Jump to navigation Jump to search
Want an adless experience? Log in or Create an account.
Layout 10.0 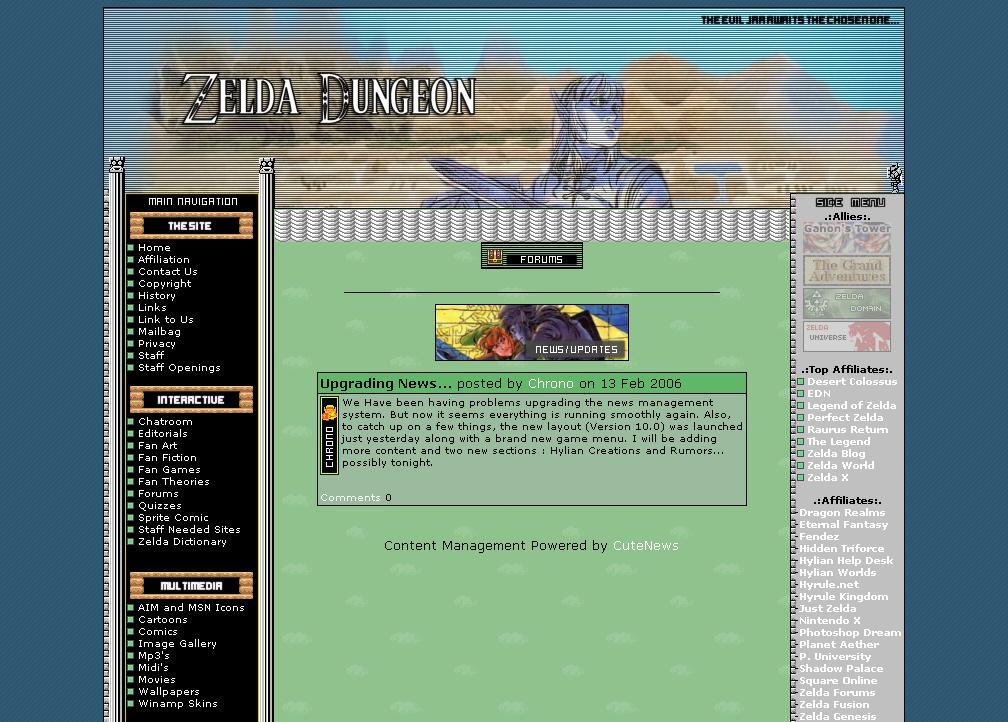 There was even a small, lesser known Easter egg at the corner of the banner. The statement, The Evil Jar Awaits The Chosen One can be seen clearly, and this is a reference to the Legend of Zelda Animated Series. The evil jar was an item used by Ganon during the cartoon and it was symbolic as an item that was kept for the dead, inferring that death awaits Link.

A lot of the Zelda Chronicles content that Avenged had at his website was brought over to Zelda Dungeon. During this transition, much of the content was reworked to bring up to new standards, and one of the highlights was Avenged's 'Beta Files'. This included a well documented and thorough analysis of the beta history of Ocarina of Time. Another new feature at Zelda Dungeon was a character game. Each week Avenged would post up a screenshot from a Legend of Zelda game, but would blur out a character. Fans would then be able to send in their guesses as to who the hidden character was, and the results were posted the next week, along with a new character. It was one of many intuitive ideas that Avenged had to get fans more involved with the website.