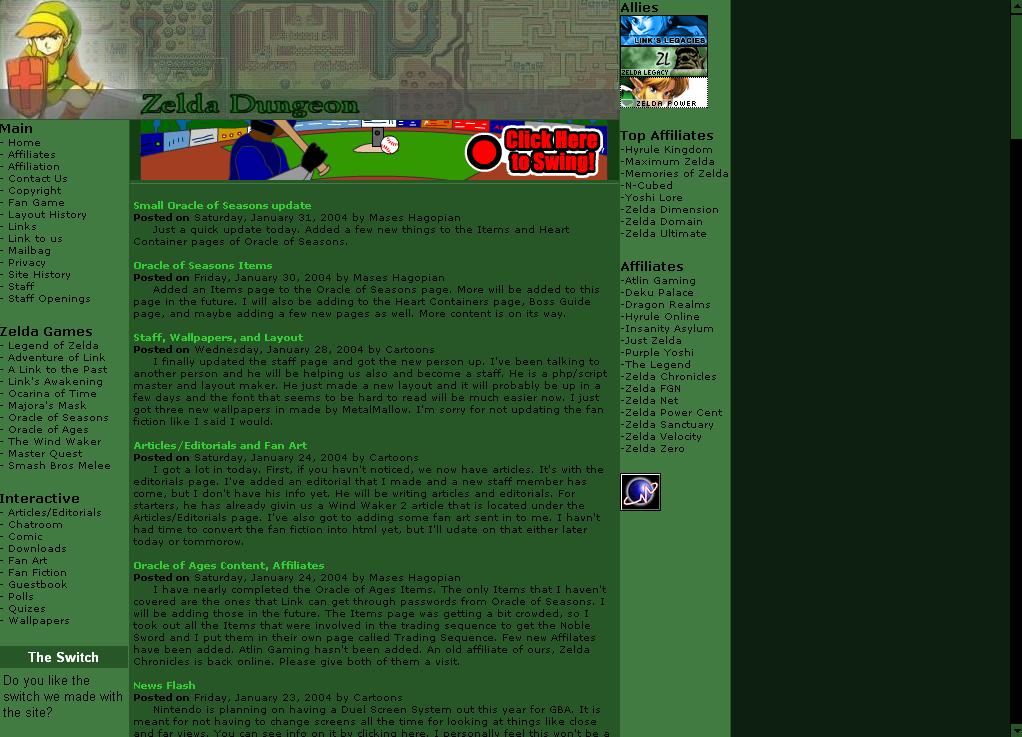 Layout 5.0 was released on November 25th, 2003. The layout was created by Avenged, who at the time, was the Webmaster of an affiliate website, Zelda Chronicles. The website marked the return of the green color scheme that was seen in Layout 1.0. The layout was filled with dozens of variations of the color green, and this could be seen with a quick glance of the index page. There were very few images within the layout, and this allowed the green to really stand out and the page to load rather quickly.

This time period did see the hiring of Metalmallow, a new staff member that was brought on board to help the graphics field. Metalmallow created dozens of messenger icons, wallpaper images, avatars, and more, adding to the media sections of the website. In addition to his graphics expertise, Metalmallow spent a lot of his time working on behind the scenes projects and would become an important member of the team in the coming years.

In January of 2004, the domain name of zeldadungeon.net was acquired by the Telefragged network and became the new home of Zelda Dungeon.