From Zelda Dungeon Wiki
Jump to navigation Jump to search
Want an adless experience? Log in or Create an account.
Steen 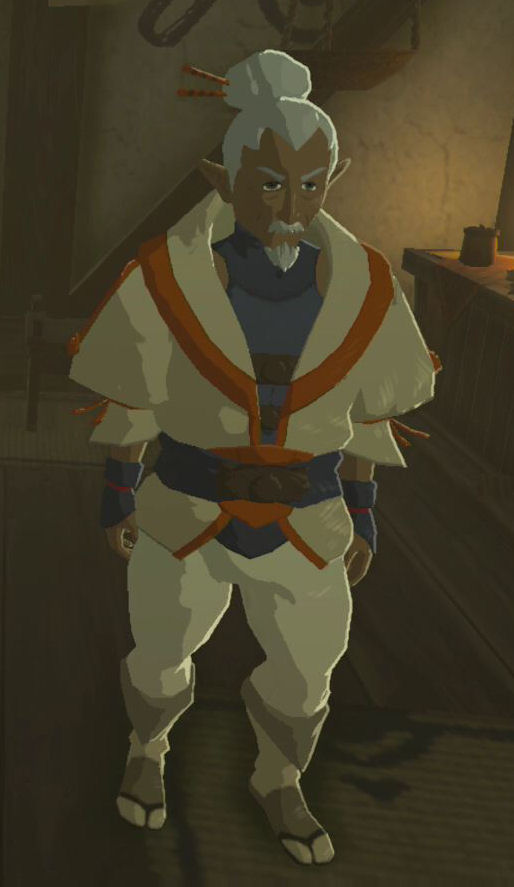 Steen is a character from Breath of the Wild.

Steen works as a farmer in Kakariko Village, where he grows Swift Carrots that are then sold by his wife Trissa at their shop, the High Spirits Produce. After waking up each morning at 6am, Steen can be found maintaining his carrot garden located near his house, just up the hill from Mellie's Plum Garden. He will be there rain or shine and admires his work.[1] He comments that it looks like the soil has been tilled through the night.[2] In reality this was his rival Olkin, who was try to trample all over his carrots, but instead, actually helped the soil. Olkin's rivalry with Steen stems from their different philosophies, as Olkin has a more defensive mindset. Olkin is also upset that Steen won't allow him to sell his Fortified Pumpkins over at the High Spirits Produce.[3]

If Link criticizes Steen's carrots, he will get very upset, yelling and Link and telling him to be more polite.[4] On the flip side if Link praises the carrots, Steen encourages Link to visit the High Spirits Produce.[5]

Steen works most of the morning and early afternoon and at 3pm each day, he will check on how his wife has been doing.[6][7] He arrives at the High Spirits Produce store each day around 4pm, and will stay until 8pm. He is overly concerned about his wife, worried that she is tired, hungry, cold, and that she spends her whole day speaking with customers.[8] His wife is fine and tells Steen off, referring to him as a worrywart and an old coot.[9]

Steen is an advocate for a strong offense and can be seen practicing his sword techniques at nighttime, just outside of the High Spirits Produce. Although he practices using a rather weak Tree Branch. When he first meets Link, sees something familiar in him, but then laughs at him, as Link claims to be the same Link from the time during the Great Calamity.[10] Steen claims that the reason why Link was so strong is that he consumed a diet of nothing but Swift Carrots. He will gift Link a Swift Carrot so that he can be like the hero Steen remembers.[11]

First he will teach Link how to Focus on a particular enemy, using the target system.[16] He will also teach link the Jump Attack maneuver, although warns Link that he can do damage to himself if he does it from too high up.[17] Lastly, Steen will teach link how to sneak up on enemies to deliver a Sneakstrike. Link can crouch down and slowly walk up to his enemies to remain undetected and then deliver a sneakstrike, which will deal more damage.[18][19]

Like his rival Olkin, Steen wishes to enter the Ta'loh Naeg Shrine, to find the secret art of offense.[20] Although in reality, the shrine teaches defense, as Link learns the Perfect Guard and Perfect Dodge.

At 3am each morning, Steen will end his sword lesson and will run back home. He comments that when he was much younger, he would train morning, noon, and night, but his old age has caught up with him and now he needs some sleep.[21]