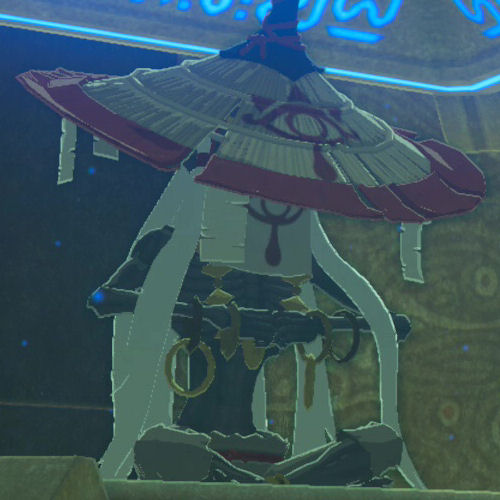 Ta'loh Naeg is a character found in Breath of the Wild. He is a Sheikah Monk who serves the Goddess Hylia by guarding the Ta'loh Naeg Shrine. After successfully completing the shrine's puzzles, he will give Link a Spirit Orb.

Like the other Sheikah Monks, Ta'loh Naeg has three rings on each of his hands, with one ring on each side looped into another one. He can be seen pressing his fists against each other. This position is adopted by nearly all Test of Strength Monks, such as Minor, Modest and Major, with the only exception being Ruvo Korbah, whose right hand rests upon his left, rather than next to it. Ta'loh Naeg wears more than the rest due to him being the highest ranked Test of Strength Monk.