From Zelda Dungeon Wiki
Jump to navigation Jump to search
Want an adless experience? Log in or Create an account.
Sesami 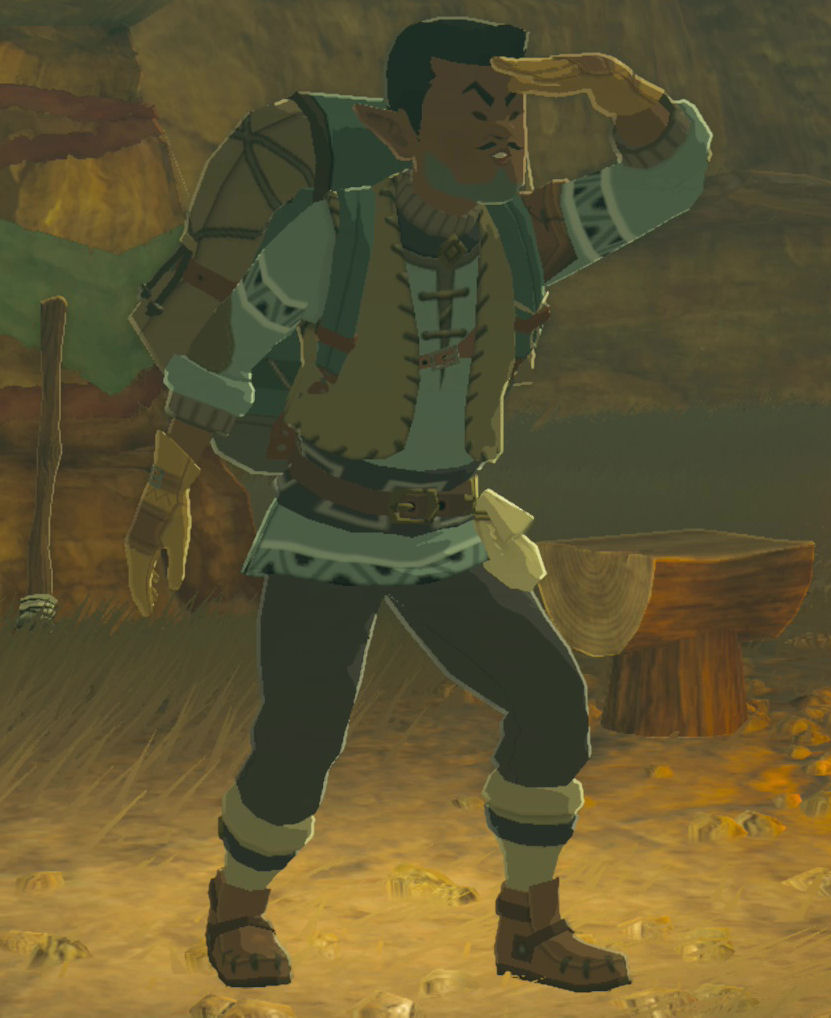 Sesami is a character in Breath of the Wild.

Sesami can be found at the Gerudo Canyon Stable. He is a traveler who sticks together with his four friends, Oliff, Flaxel, Canolo, and Palme.

Sesami will give Link some advice on traveling through the Gerudo Desert. Due to the cold weather at nighttime, he recommends to Link that he should wear some clothing with Cold Resistance. He also tells Link that there are some tough enemies that appear only at nighttime.[1] He wishes that he lad the legendary Master Sword, telling Link that it is rumored to be hidden deep in the Great Hyrule Forest, all the way in the Eldin region.[2] He mentions that a bunch of Fairies live there and that the forest is all twisted, making it hard to navigate. Sesami of course is referring to the Lost Woods.

Sesami can be seen pondering a decision to purchase some materials from Beedle. He wants to buy a Warm Darner, as mixing it with monster parts will produce an elixir that can provide tolerance to cold.[3] However, during the daytime it gets extremely hot, so he's also considering buying a Winterwing Butterfly.[4] They each cost 10 rupees and Sesami only has 19 rupees on him.

When Link first chats with Sesami, he will ask if he has seen any of his friends.[5] The five of them had been traveling near the Koukot Plateau when they were ambushed by monsters. Sesami had took off running and never stopped until he arrived at the stable. He thoughts his buddies were behind him, but they were nowhere to be found. Sesami will task Link with helping find his friends and letting them know he's at the Gerudo Canyon Stable.[6] This will begin the Missing in Action side quest.

After saving all of his friends, Link can return to the stable and speak with Sesami. He is overwhelmed with joy that his friends are save and he will thank Link by giving him a Gold Rupee.[7] All of his friends pitched in for the reward. At the end of the day though, Sesami realizes how important friendship is. That said, he also thinks it is an emotional liability, so his friend have all decided to part ways.[8]