From Zelda Dungeon Wiki
Jump to navigation Jump to search
Want an adless experience? Log in or Create an account.
Koukot Plateau 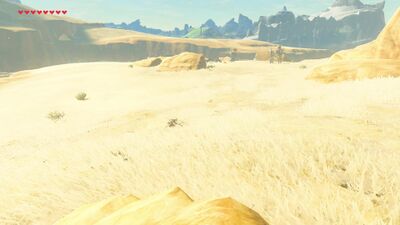 The Koukot Plateau is a location in Breath of the Wild.

The Koukot Plateau is surrounded on three sides by the Gerudo Canyon down below and it is just north of the Wasteland Tower. On the plateau, there is an enemy camp with a Red Bokoblin, a Blue Lizalfos, and some Black Lizalfos. After defeating all the enemies, a treasure chest will appear with a Knight's Bow. A second treasure chest can be found at the southeast portion of the area, buried in the ground, and it contains a Purple Rupee.

The higher plateau to the south is where the South Koukot Plateau is located, with there being a Stone Talus right in the center of the area. 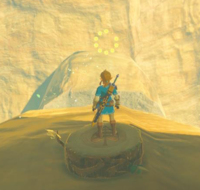 Stand on the nearby seed platform and then race to the ring.

Stand on the nearby seed platform and then sprint to the seed. 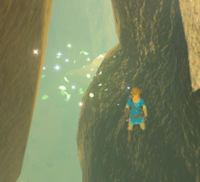 Examine the fairy lights in the cleft in the rock bridge.

Examine the fairy lights in the rock bridge's gap. 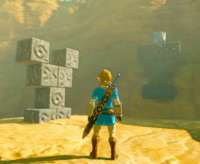 Solve the Magnesis Block puzzle near the top of the cliff.

Near the top of the cliff, solve the Magnesis block puzzle.