From Zelda Dungeon Wiki
Jump to navigation Jump to search
Want an adless experience? Log in or Create an account.
Huck 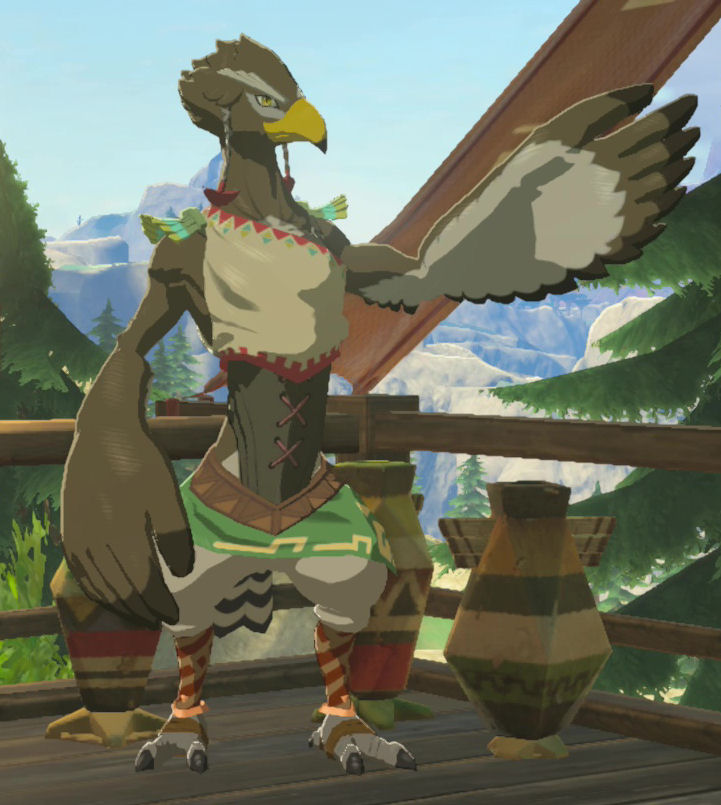 Huck is a character in Breath of the Wild.

Huck is a Rito who lives in Rito Village where he serves as a greeter at the Brazen Beak armor shop. Huck encourages Link to stop by the armor shop, in particular if Link is headed up to the Hebra Mountains.[1] The colder climates could cause Link to freeze to death, but the Snowquill Set that is sold at the shop can help Link survive.[2] The clothing is made from the softest and thickets baby feathers that are naturally molted, allowing for the most comfortable material in the coldest of weather.[3]

At 6am and 6pm each day, Huck will take a break from his post to talk to his fellow greeter Verla, who works at the Swallow's Roost. The two will get together to talk about Divine Beast Vah Medoh who can be seen flying up in the sky. [4] The two will talk about how the old village Champion, Revali, rode the Divine Beast and used it to protect the village.[5][6] Unfortunately, Huck talks about how Revali fell in battle 100 years ago during the Great Calamity. Although this has caused all Rito males from birth to be pushed to become an honorable warrior, just like Revali.[7]

Huck and Verla will get into it with one another, with Verla just accusing Huck of repeating everything that the village elder has to say.[8][9][10] The two will talk to each other twice each day, returning to their posts at 12pm and 12am. All in total, they spend 12-hours a day working and 12-hours a day chatting with each other.