From Zelda Dungeon Wiki
Jump to navigation Jump to search
Want an adless experience? Log in or Create an account.
Hoz 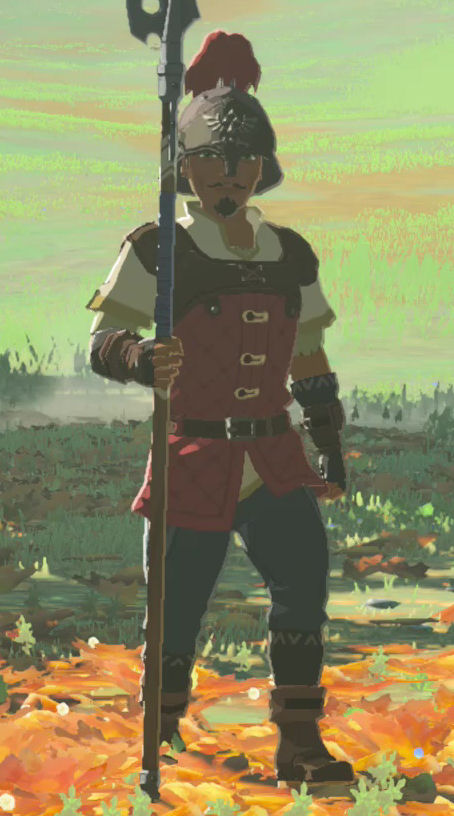 Hoz is a character from Breath of the Wild.

Hoz is a guard that can be found at the East Akkala Stable. He can be seen walking back in forth near the front of the stable, wielding a Soldier's Spear. He has been put on patrol duty lately as it has gotten be a bit dangerous in the area, making some of the residents of the stable uncomfortable.[1] There have been rumors about a suspicious man named Kilton, who runs the Fang and Bone shop and only comes out at nighttime.[2]

After talking to Hoz at the Stable, he will ask Link if he's seen Kilton. This will being the side quest, A Shady Customer. Hoz asks Link to please tell him all the juicy details if he does encounter Kilton.[3] After talking to him again, he mentions that he can't leave the stable as he is on guard duty, but asks Link to get a close-up picture of him.[4]

Kilton can originally be found at the Skull Lake, located at the northwest end of Akkala. However, Kilton will only appear after 9pm each evening. Furthermore, he won't just appear. Link will need to approach the area after it is already 9pm to encounter Kilton. After meeting him at Skull Lake, Kilton will then appear on the outskirts of all the various towns in Hyrule. Once Link finds him, he can take a picture with his Camera.

Return to Hoz and he's delighted that you have a picture of Kilton.[5][6] As a thanks for helping find him, Hoz will give Link a Silver Rupee, completing the quest.[7] Hoz will return to his mission, but he still wonders about Kilton. Kilton gives him the creeps as he wonders what kind of things he sells at the Fang and Bone shop.[8][9]