From Zelda Dungeon Wiki
Jump to navigation Jump to search
Want an adless experience? Log in or Create an account.
Toren 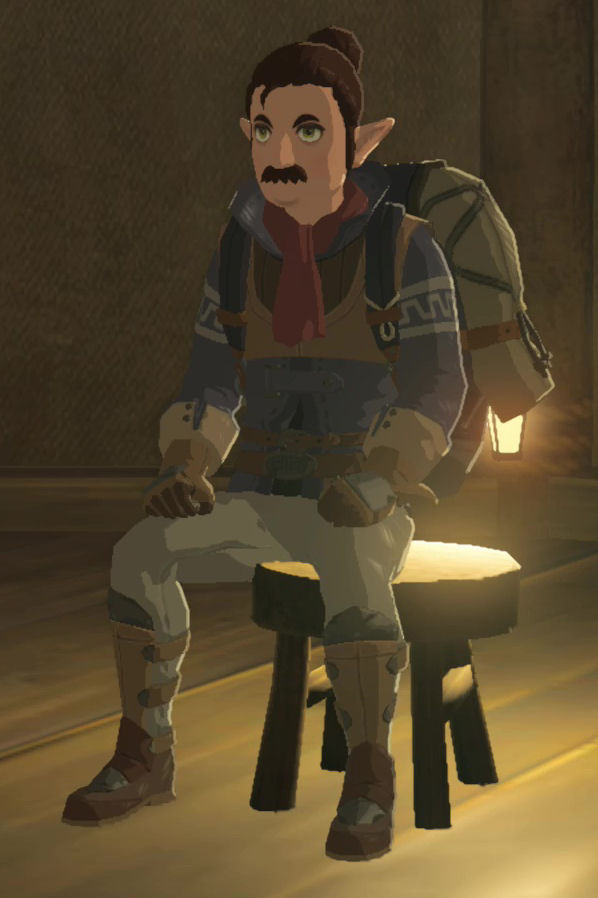 Toren is a character in Breath of the Wild.

Toren can be found at the Tabantha Bridge Stable. He has strong desire to meet the Great Fairy that is located to the west, near the Tabantha Tower. Toren thinks that the Greay Fairy is kind and beautiful, and just perfect.[1]

At 5am each morning Toren will walk outside of the stable where he will stand by the Cooking Pot. Toren remains out there until 10pm each evening, where he will then head back to the stable and sit on the stool for the rest of the night.

Whenever it rains, Toren will take cover within the stable. On rainy days, he stays inside and spends the whole day thinking about the Great Fairy.[2]

A Gift for the Great Fairy

Main article: A Gift for the Great Fairy

When Link first talks to Toren, he talks about wanting to travel to the Tabantha Tower, as from there, he'd be able to see where the Great Fairy is located.[3] However, he doesn't think he can climb the tower himself. So instead, Toren will task Link with traveling there for him. Toren will give Link the rupees needed in order to present to the Great Fairy as an offering.[4]

Toren suggests to Link that sometime in the afternoon, the shadow of the tower will point to the Great Fairy's fountain.[5]

After reaching the Fairy Fountain and giving the rupee offering to the Great Fairy Kaysa, Link can return to the stable to speak with Toren. Toren is delighted that Link was able to find the Great Fairy and give the offering, which because Toren gave Link the rupees, he technically got to make his offering.[6] [7] Although Toren gets a bit upset when he realizes that Link wants an additional reward, which Toren does not give.[8]