From Zelda Dungeon Wiki
Jump to navigation Jump to search
Want an adless experience? Log in or Create an account.
Harth 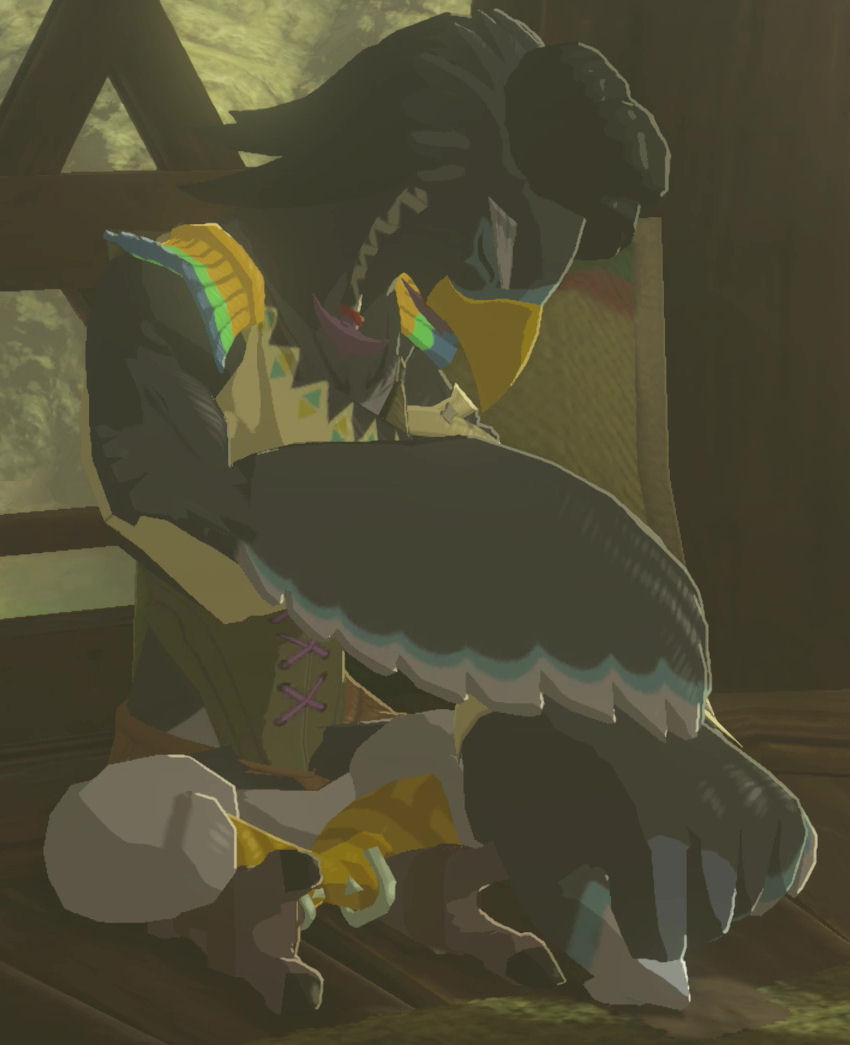 Harth is a character in Breath of the Wild.

Harth is a Rito who can be found at one of the higher elevations of Rito Village. He is an injured Rito who initially is a bit shy about providing any real insight as to how he got hurt.[1][2] He is a bow craftsman, but because of his hurt right arm, he is unable to work and business is not exactly booming.[3] He hints that perhaps he should have put more stock in what the village elder Kaneli had to say.[4]

There is a Swallow Bow on the shelf in Harth's room. If Link tries to take the bow, Harth will initially call out towards him, but then says he can just have the bow as Harth cannot use it in his current condition.[5]

After speaking with the village elder Kaneli, Harth will open up a bit more on his injuries and what happened.[6] Harth and Teba went up to approach Medoh, but Harth was shot down. He was falling from the sky, but fortunately Teba was there to catch him and save him from his fall.[7]

Harth is good friends with Teba and their families have grown to be quite close to one another. His daughter Molli is around the same age as Tulin, who is Teba's son, so the families spend a lot of time together. Harth had a boyhood dream of becoming a warrior, but eventually settled into the family business of crafting bows.[8] However, Teba's desire to battle with Medoh once again makes Harth question his sanity. Teba has a wife and child and Hart thinks he is a moron for risking that with another battle with Medoh.[9] Although Harth immediately contradicts himself, as he states that once his injuries are healed, Harth wants another go at Medoh as well, this time flying up and launching some Bomb Arrows at its cannons.[10]