From Zelda Dungeon Wiki
Jump to navigation Jump to search
Want an adless experience? Log in or Create an account.
Gesane 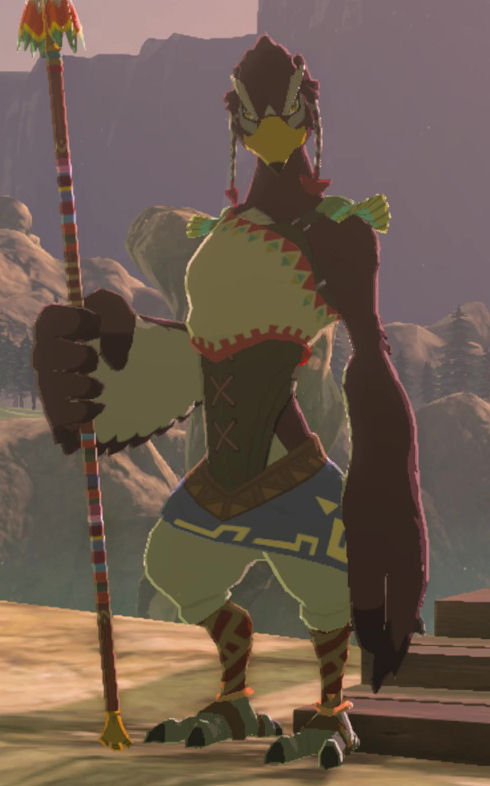 Gesane is a character in Breath of the Wild.

Gesane is a Rito who can be found patrolling the bridge that that extends over Lake Totori which leads to Rito Village.[1] He carries a Feathered Spear and serves as a guide for the village. When Link first arrives, Gesane mentions that most of the Rito are a bit pre-occupied, due to the trouble that Medoh is causing, but that the shopkeepers of Rito Village would really appreciate your business.[2]

Gesane is surprised that Link doesn't know much about the Rito, of which Gesane tells him that the male Rito are fine archers and the women are great singers.[3] He describes Lake Totori, which surrounds Rito Village, as a place that can be quite dangerous for Hylians like Link. It has rather steep cliffs with no way of getting back up. He jokes that the only way for a Hylian to avoid death would be if he could magically travel to safety.[4] This is exactly what Link can do with the use of his Sheikah Slate.