From Zelda Dungeon Wiki
Jump to navigation Jump to search
Want an adless experience? Log in or Create an account.
Amali 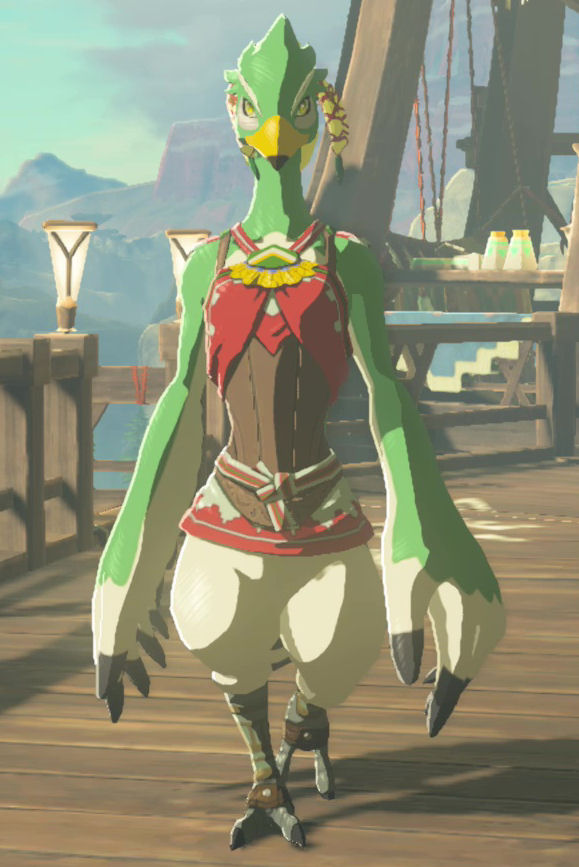 Amali is a character in Breath of the Wild.

Amali is a Rito, residing in Rito Village. She is married to Kass who is off in Hyrule, which has caused Amali to take care of her five daughters all by herself. When scaling Rito Village, the first hut after the shops are where Amali's daughters live, which include Cree, Genli, Kheel, Kotts, and Notts. Amali lives in the hut right next door where there is a Cooking Pot.

Each morning at 8am, all the kids will wake up and Amali will walk up towards the Akh Va'quot Shrine. She apologizes to Link, as her daughter Kheel is running around, wreaking havoc.[1] When standing on the deck near the shrine, Kheel is looking out towards Warbler's Nest to the west. This worries Amali quite a bit, as Kheel wants to travel there.[2][3] However, ever since Divine Beast Vah Medoh appeared it is too dangerous for any of the kids to leave the village.[4] Amali is always concerned with Kheel and raises her voice with her. When Link is nearby, she apologizes, explaining that her loud voice was intended for Kheel and not Link.[5]

At 9pm each evening, Amali and all of her children will return to the hut to go to bed. Amali never actually sleeps, and instead just stands by the Cooking Pot in her house all night. She enjoys cooking, and it helps her take her mind off of Vah Medoh up above.[6] When she thinks about the future of the village and her family, dark thoughts come to mind, although they seem to lighten as soon as she satisfies her hunger.[7][8]