From Zelda Dungeon Wiki
Jump to navigation Jump to search
Want an adless experience? Log in or Create an account.
Guchini Plain 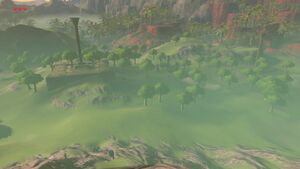 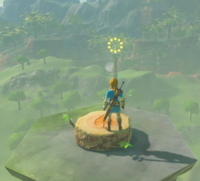 This race begins at the even taller pillar to the southwest, glide and climb to the ring.

Southwest from this location is a taller pillar with a seed platform. Step on it, trigger the puzzle, and run through the glowing ring appearing at this location. Energizing food may be required for climbing.