From Zelda Dungeon Wiki
Jump to navigation Jump to search
Want an adless experience? Log in or Create an account.
Lanayru Bay 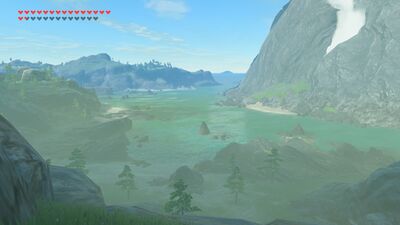 Lanayru Bay is a location from Breath of the Wild.

Lanayru Bay is a large body of water, found just north of Mount Lanayru. The Bay is situated just south of the Samasa Plain and Brynna Plain. Horon Lagoon sits to the north-east of the bay, between Brynna Plain and Talus Plateau. Wintre Island is in the middle of the mouth of the bay, just south of Tarm Point. The Lanayru Bay spills out into the larger Lanayru Sea located to the east.

In the north part of the Bay, closer to the shortline leading to the Brynna Plain, there are two more treasure chests for Link to find. One contains a Purple Rupee and the other contains five Bomb Arrows. 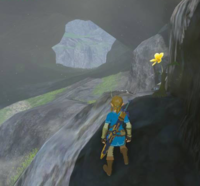 The flower trail starts to the east, follow it through the tunnel to the west.

To the east is the first flower of the trail. Follow it through the tunnel to the west. 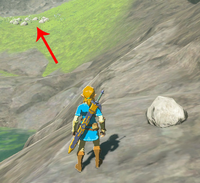 Put a rock in the gap to finish the circle. The rock you need is to the northwest.

To the northwest is a rock. Use it to finish the circle.

The rock to complete the circle is a short distance away. 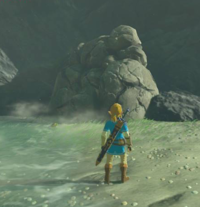 Blow up the boulders, pick up the rock underneath.

Blow up the boulders, pick up the rock under them. 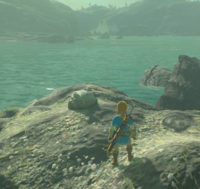