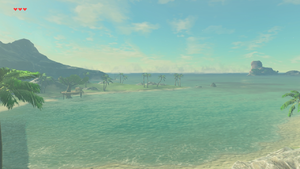 Hateno Bay is a location found in Breath of the Wild.

Hateno Bay is part of the greater Necluda Sea, and is located southeast of the Hateno Ancient Tech Lab alongside the Hateno Beach. As with most of the coastline of the Necluda Sea, there are Blue Lizalfos swimming around in the water, as well as some Water Octoroks. 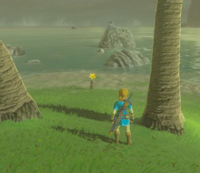