From Zelda Dungeon Wiki
Jump to navigation Jump to search
Want an adless experience? Log in or Create an account.
Shadow Bulblin 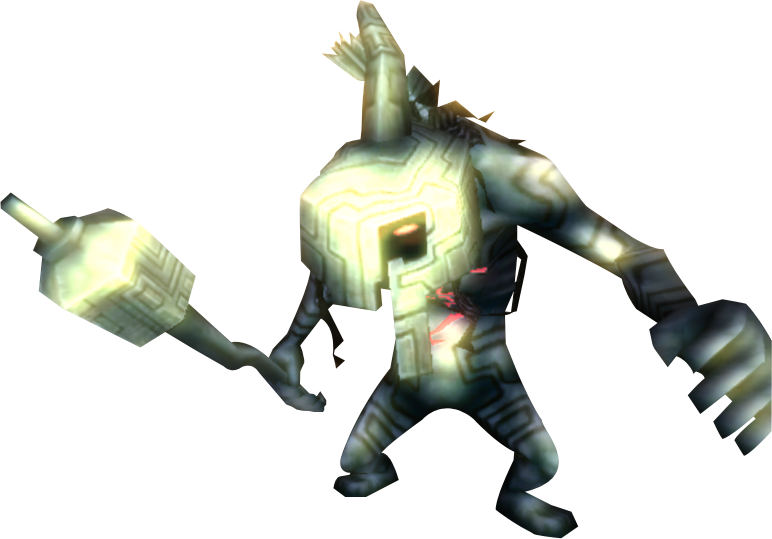 Shadow Bulblins are the Twilight equivalent of the common enemy encountered in Twilight Princess, the Bulblin. Due to Zant and the Shadow Beasts stealing the light from the provinces within Hyrule, it caused a transformation of the enemies to this Twilight-version.

This version of Bulblin deals the same amount of damage as the original, which is 1/4 of a heart on contact. They also act very similarly. The only notable change in this version is in appearance. They are around the same height and build as their counterparts but they have a black color scheme and have what appears to be a white mask. However, they do wield a different weapon than the original Bulblins, instead of a wooden sword they now have what seems to be a black club.

As Link will always be in Wolf form when encountering the Shadow Bulblins, the combat techniques may differ. The most effective way to deal with these enemies is to use Midna's Charge Attack, however the jump and Spin Attack are also very effective. Shadow Bulblins appear in the Twilight-covered Kakariko Gorge, Elde Inn, Kakariko Village, Hyrule Field, and Zora's Domain.