Ganon (A Link to the Past)

From Zelda Dungeon Wiki
Jump to navigation Jump to search
Want an adless experience? Log in or Create an account.
Ganon 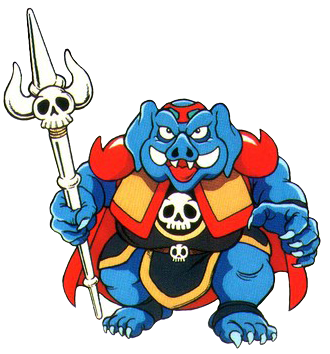 To start the battle, fall into the hole on top of the Pyramid of Power that was created after completing Ganon's Tower. Slash him with your sword while avoiding the Blazing Bats he summons. Once he is weakened, his patterns will change. Continue attacking him until he knocks all four edges of the floor off. He will then blow out the torches and begin teleporting across the room. Light the torches with the Lamp or Fire Rod and attack Ganon as he re-materializes. He will then be stunned, giving Link a chance to shoot him with a Silver Arrow. Hit him with four Silver Arrows to defeat him.

A Link to the Past Bosses[edit][hide][show]
Retrieved from "https://www.zeldadungeon.net/wiki/index.php?title=Ganon_(A_Link_to_the_Past)&oldid=347663"
Category:
Hidden category: