From Zelda Dungeon Wiki
Jump to navigation Jump to search
Want an adless experience? Log in or Create an account.
Dueling Peaks South 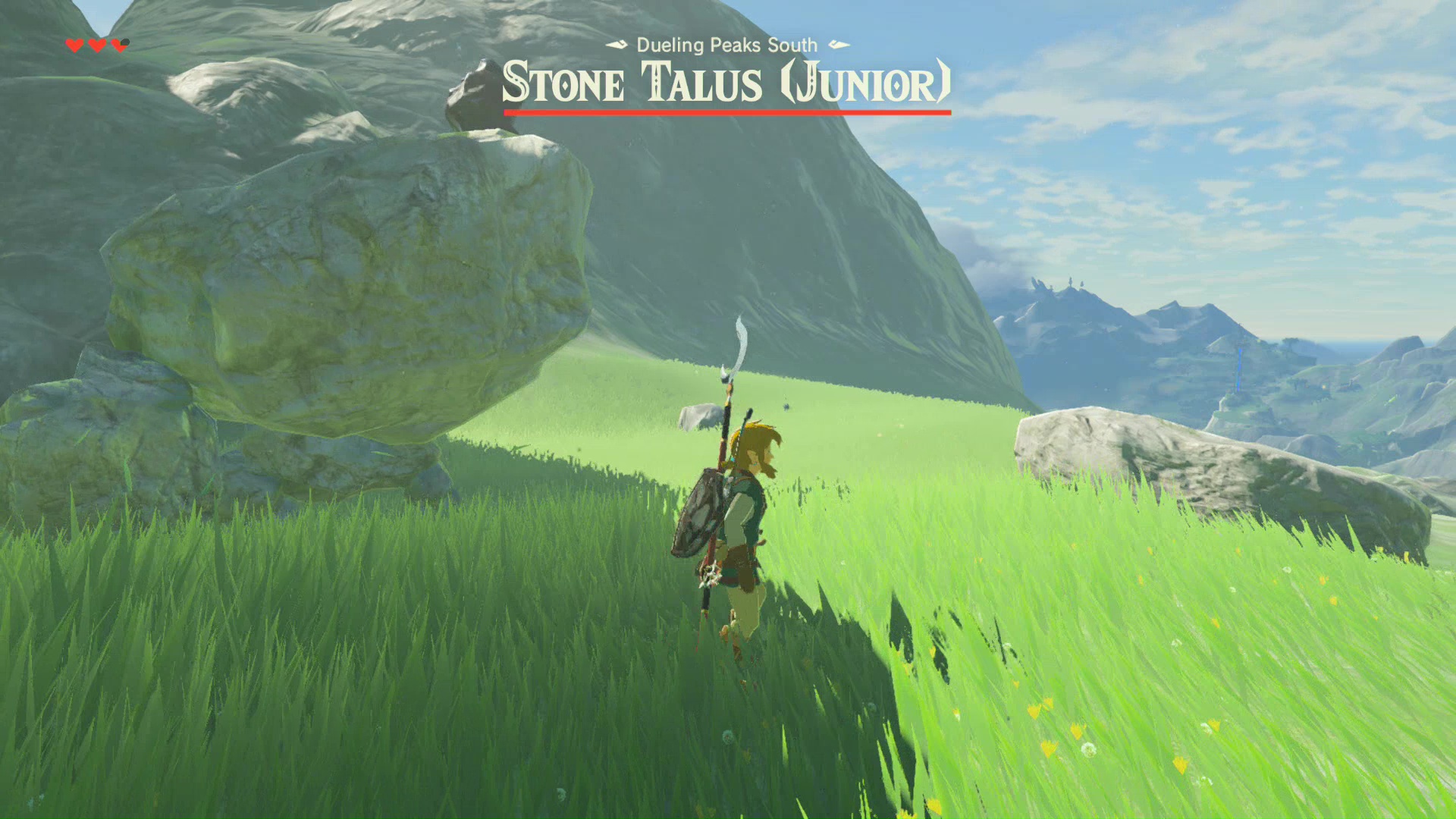 Dueling Peaks South is a location found in Breath of the Wild. It is an unmarked location on the map and only appears in name when Link battles the Stone Talus (Junior) that is in the region.

Directly south of the peak, Link will find a Stone Talus (Junior) in the open plain. This is the only such version of the Stone Talus in the game and it is in contrast to Stone Talus (Senior), who can be found at North Dueling Peaks.

To the southeast of the Dueling Peaks, Link can find a small forest where there are some Hylian Shrooms and Ironshrooms. There is an Acorn inside the trunk of a tree that can be shot with an Arrow to find a Korok.