From Zelda Dungeon Wiki
Jump to navigation Jump to search
Want an adless experience? Log in or Create an account.
North Dueling Peaks 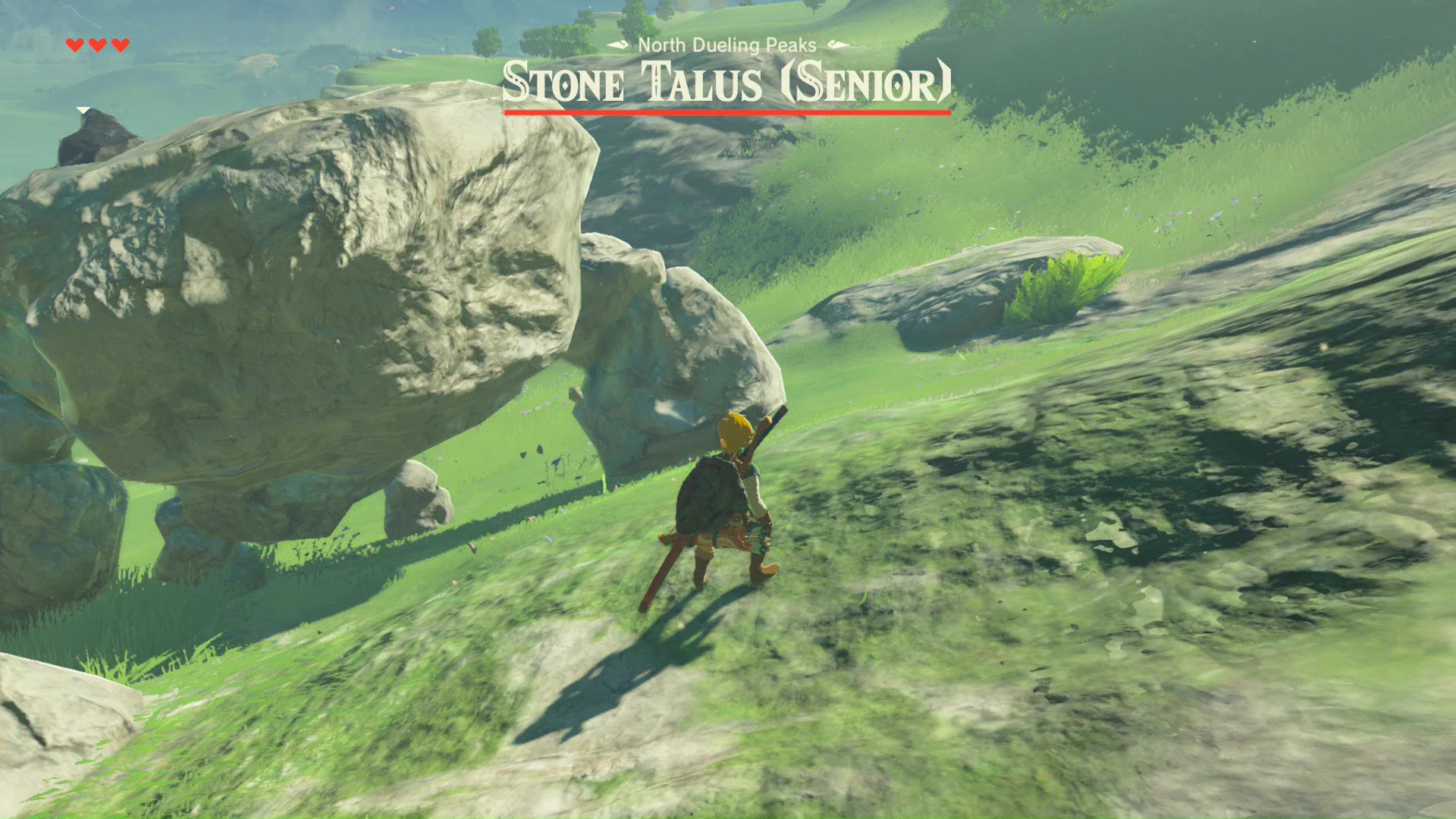 North Dueling Peaks is a location found in Breath of the Wild. It is an unmarked location on the map and only appears in name when Link battles the Stone Talus (Senior) that is in the region.

As its name suggests, it is the mountain range that is made up of the northern parts of the Dueling Peaks. It is located north of the Squabble River, in between the Dueling Peaks Tower and Dueling Peaks Stable. The northern peak is slowly lower in elevation than its southern peak, enough so that even at its highest point, the temperature does not drop cold enough where Link needs any Cold Resistance.

The northwest of the peak, Link will find a Stone Talus (Senior). This is the only such version of the Stone Talus in the game and it is in contrast to Stone Talus (Junior), who can be found at Dueling Peaks South. In the area just south of where Link battles this Stone Talus, there is a treasure chest beneath a tree that contains a Purple Rupee.

Just north of the peak there is a small area with a broken down log cabin. There is some Wood on the floor, with some crates and barrels inside the cabin that have Acorns, Apples, and Arrows. There is a Cooking Pot nearby, as well as a treasure chest that contains an Iron Sledgehammer. Next to the cabin there are two statues, one of which has an Apple on it. Link can offer an apple to the other statue to find a Korok. There are some Cool Safflina around the statues as well.

Further to the north, there is another set of large trees where there is a Bokoblin base that includes some Blue Bokoblin. After they are all defeated, Link can open the treasure chest to get a Luminous Stone.