From Zelda Dungeon Wiki
Jump to navigation Jump to search
Want an adless experience? Log in or Create an account.
Goht's Remains 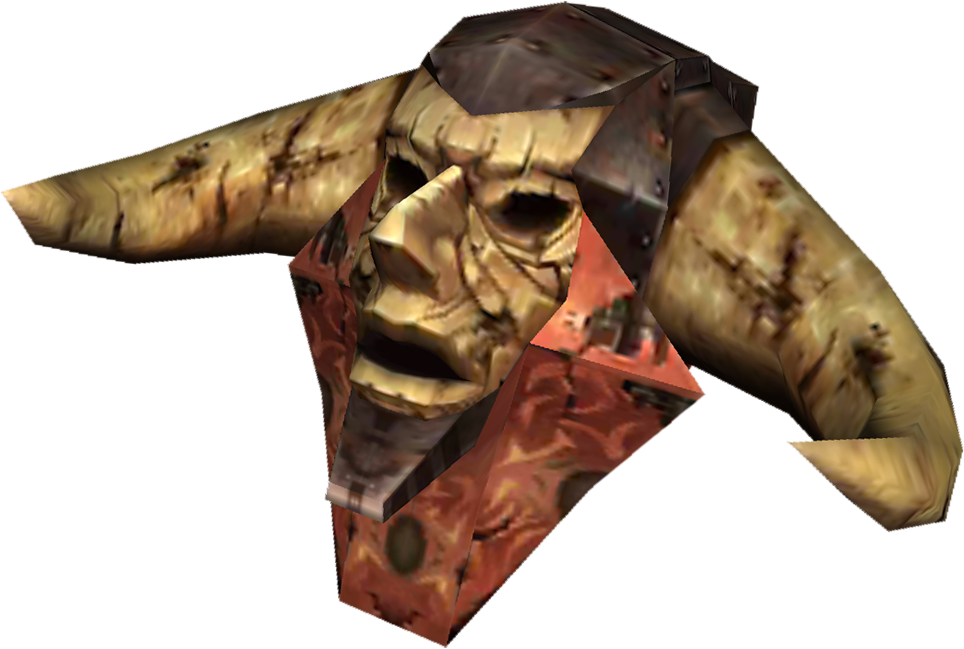 Goht's Remains are an unwearable Boss Mask from Majora's Mask.

Goht's Remains are the reward for defeating the Masked Mechanical Monster, Goht. After Link defeats Goht, he will free the innocent Giant that was imprisoned within the mask.[1] Link will then learn that the Giants are protective gods.[2]

When Link reenters the Snowhead Temple, Goht's Remains will allow Link to skip directly to the boss fight with Goht, as a glowing portal will appear at the entrance of the dungeon.[3] However, in Majora's Mask 3D, this is no longer the case. Link does not need to defeat Goht in order to activate this portal. When Link first battles with Goht, the warp portal will be activated and can be used, even if Link falls in battle during his first attempt.