"The East Reservoir Lake, where the Divine Beast has been running amok, was created in a joint effort by the Hyrule and Zora royal families over ten thousand years ago." 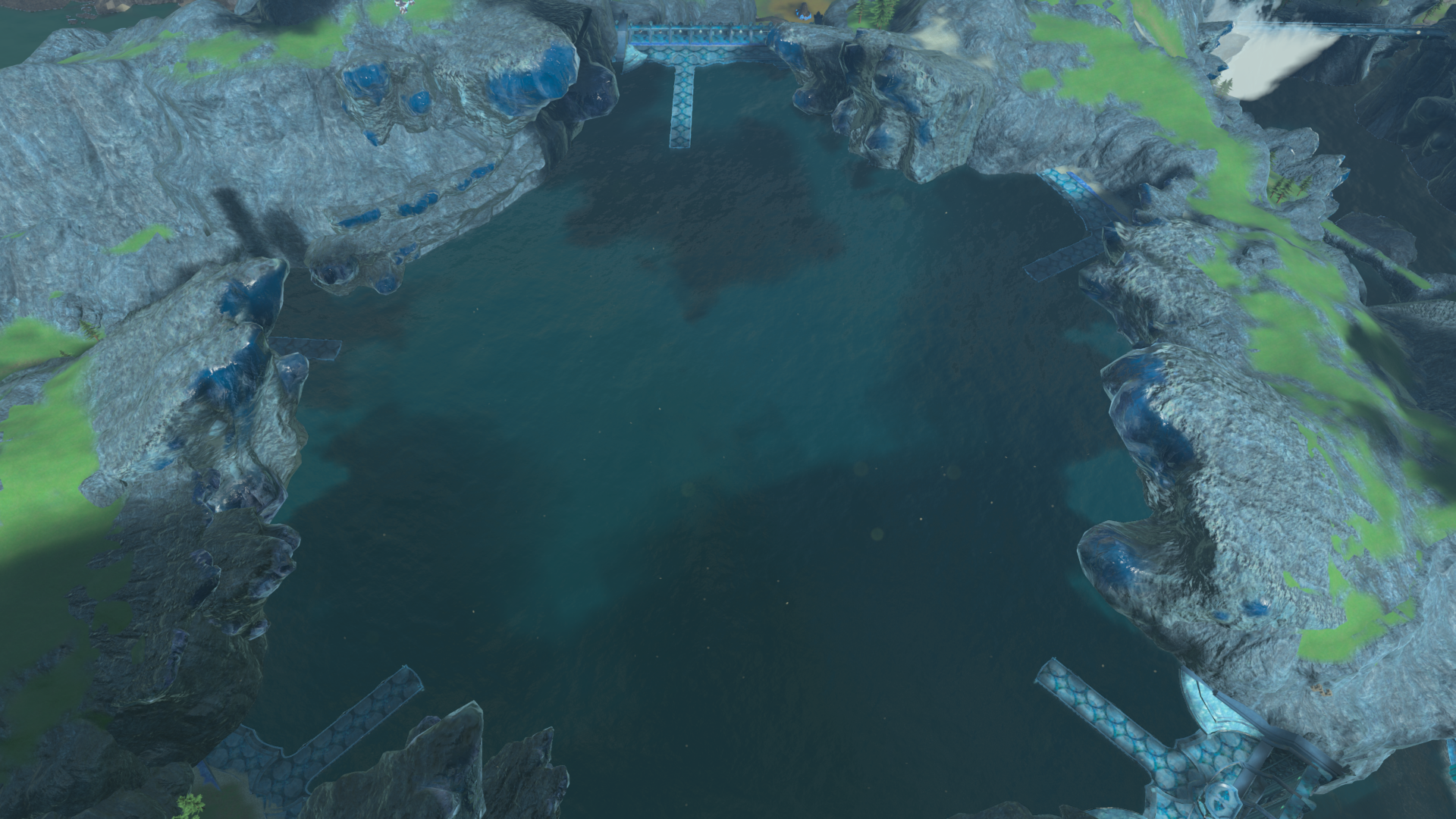 The East Reservoir Lake is a large body of water in Breath of the Wild. Located south-east of Zora's Domain, it was formed by damming the Rutala River with the Rutala Dam. An unnamed dam and jetty sits in the north-west, protecting Zora's Domain. A bed is located on this secondary dam.

Under Waterblight Ganon's control, Divine Beast Vah Ruta created vast amounts of water which threatened to burst the dams and release the lake's water in a tsunami which risked destroying everything downstream. The disaster is averted when Link goes inside the Divine Beast to defeat the creature controlling it that allowed the spirit of the late Zora princess, Mipha to take control and set sights at Hyrule Castle.