From Zelda Dungeon Wiki
Jump to navigation Jump to search
Want an adless experience? Log in or Create an account.
Pasha 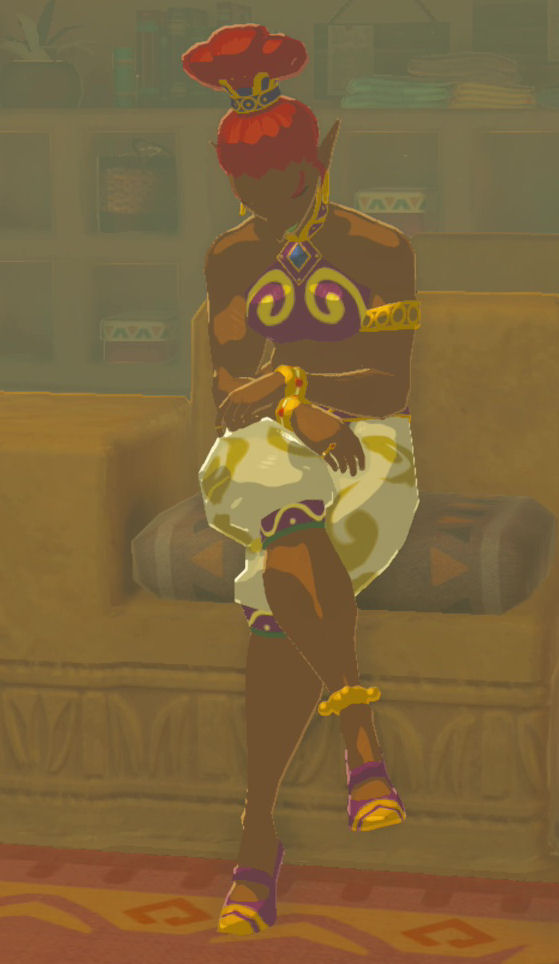 Pasha is a character from Breath of the Wild.

Pasha is a Gerudo who lives in Gerudo Town. She is a young woman about to set off to leave Gerudo Town. In preparation, she is taking both of Ashai's classes, including the Voe and You class during the day, where she will learn how to handle situations when dealing with men outside of Gerudo Town. In the evening and overnight hours, she will take Ashai's cooking class. Between the two classes, Pasha just walks back and forth between the Barracks and Ashai's house, staying awake 24-hours a day. Taking two classes and studying has overwhelmed Pasha a bit. She has become so tired that she can't bother to even have a conversation with Link.[1]

At 9am each morning, Pasha will head over to the Barracks for the Voe and You class. Pasha is so tired that she will fall asleep during class and will wake up when Link tries talking to her. She does have a dream of going out into the world, finding her true love, and then settling down to have a family. However, in order to do so she must do well in these classes and that is why she tries her best to stay awake.[2]

When Link listens in on the class, he can hear Pasha give her examples of how she would deal with situations out in the real world. If a handsome man that she has never met before approaches her, she says that she would wave casually at him, but would always be prepared, just in case he was just a distraction for an ambush.[3] When asked what she would do if an injured man was found lying on the ground, Pasha states she'd lift him up and carry him over her shoulder, bringing him to somebody who can treat his wounds.[4] If a man that Pasha was interested in abruptly approaches her, she says that she would pretend as if she didn't speak his language. Thinking it might make him more curious about her.[5]

At 9pm, Pasha leaves the classroom to head to Ashai's house for the cooking class. She learns that people really crave home cooking and that sometimes it is better to make something quick and easy using just some homemade ingredients.[6]