From Zelda Dungeon Wiki
Jump to navigation Jump to search
Want an adless experience? Log in or Create an account.
Nintendo Power 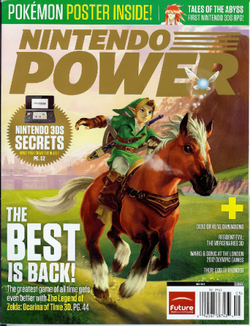 Nintendo Power was a magazine focused on, and initially published by, Nintendo. It was the official Nintendo of America magazine from August 1988 until its closure in December 2012 with issue 285.

It featured many articles related to Nintendo and its games; including reviews, walkthroughs, new game news and strategy guides.

Up through the end of 1990, Nintendo Power magazine volumes were released covering two-month periods of time, and they were not generally numbered in or on the magazine until Volume 16 (September/October 1990), although "Strategy Guide" issues before this carried a dual "SGxx/NPxx" numbering.