From Zelda Dungeon Wiki
Jump to navigation Jump to search
Want an adless experience? Log in or Create an account.
Morpha 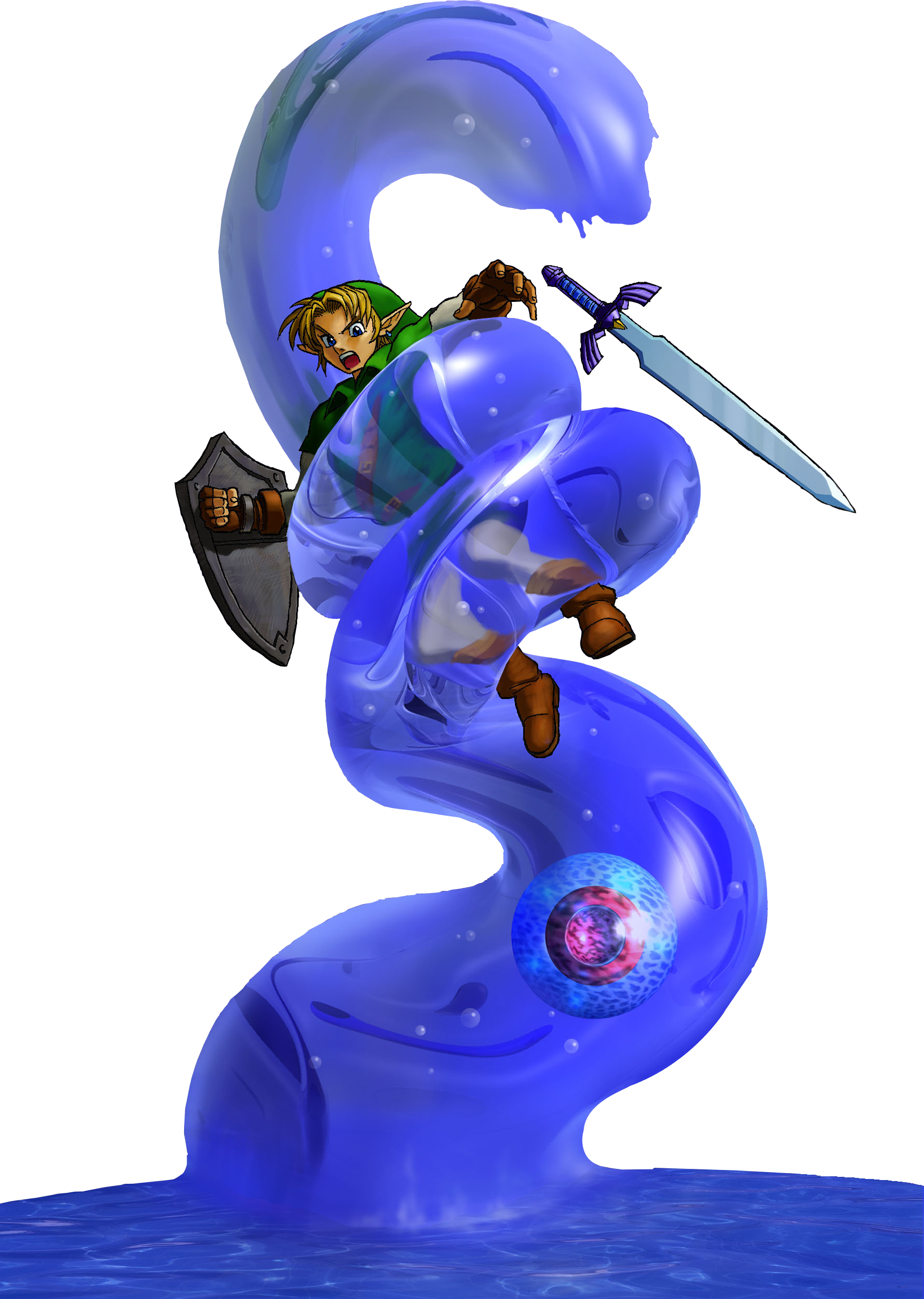 Morpha is the Boss of the Water Temple, the sixth Dungeon in Ocarina of Time. It was created by Ganondorf after he obtained the Triforce of Power. The creature is responsible for the receded state of Lake Hylia as well as Zora's Domain's frozen waters.

Morpha can deal quite a bit of damage if it's able to grab Link and squeeze the life out of him. To avoid taking significant damage, simply stay a good distance away from each tentacle as soon as you see them beginning to appear. It's pretty easy to stay out of their range. Wait until the nucleus attacks through a tentacle, then target it while using your Longshot. It might take a few tries with the Longshot to grab Morpha, but just keep at it. Make sure there's plenty of room on the ground right in front of you, as Morpha will begin to bounce around. You don't want Morpha to fall back into the water. As soon as you pull Morpha with the Longshot, smack at it with your sword.

After several hits, Morpha will summon two tentacles at once, and eventually three. A safe strategy is to stay in one of the corners, as you will be out of reach from Morpha's tentacle.

There is a much quicker method of defeating Morpha. Stand near one of the four corners of the room and wait for Morpha to attack. Use the Longshot to pull Morpha out, but don't hit the boss with your sword just yet. Instead, repeatedly use the Longshot to keep pulling Morpha towards you. You want to slowly turn around so that you are between Morpha and the water, while facing the corner. Then slash away at Morpha, sending him into the corner. Close the gap and repeatedly slash away. Morpha will try to escape back towards the water, but if you time your sword slashes properly, Morpha will be stuck here and you can defeat the boss in one cycle.