From Zelda Dungeon Wiki
Jump to navigation Jump to search
Want an adless experience? Log in or Create an account.
King Dodongo 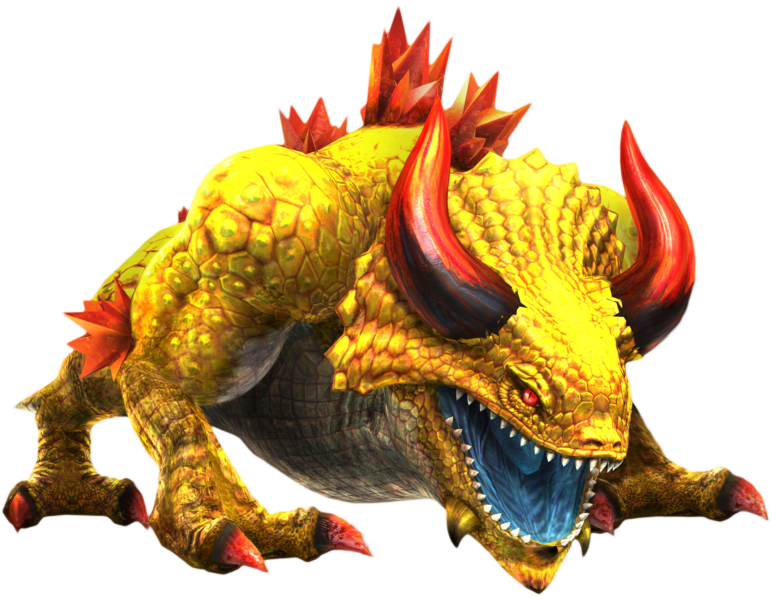 King Dodongo is one of the Giant Bosses found in Hyrule Warriors.

It is the boss of Hyrule Field, the first stage in the game. After the Hyrulean Forces have captured the Central Keep, Wizzro and the Dark Forces unleash King Dodongo at the North Square. Moments later, it rolls into the Central Keep and starts to advance towards Hyrule Castle.

While it has a few new attacks, King Dodongo shares some of the same behaviors from its Ocarina of Time counterpart. As seen earlier, King Dodongo can roll into a ball and attempt to run over the Hyrulean Forces. When rolling, it is able to destroy walls of the keeps. King Dodongo can also pound the ground with its front legs to hurl everything into the air. Similarly, it can make the forces slightly move away from it by roaring. King Dodongo can immediately breathe fire, but it exhales a fireball after inhaling a large amount of air.

While King Dodongo is inhaling, the player's forces can throw bombs into its mouth and temporarily stun it, exposing its weak point. Alternatively, they can use a Focus Spirit Attack to automatically stun it. After completely reducing the Weak Point Mark, they can perform a Weak Point Smash that greatly harms King Dodongo.