From Zelda Dungeon Wiki
Jump to navigation Jump to search
Want an adless experience? Log in or Create an account.
Manhandla 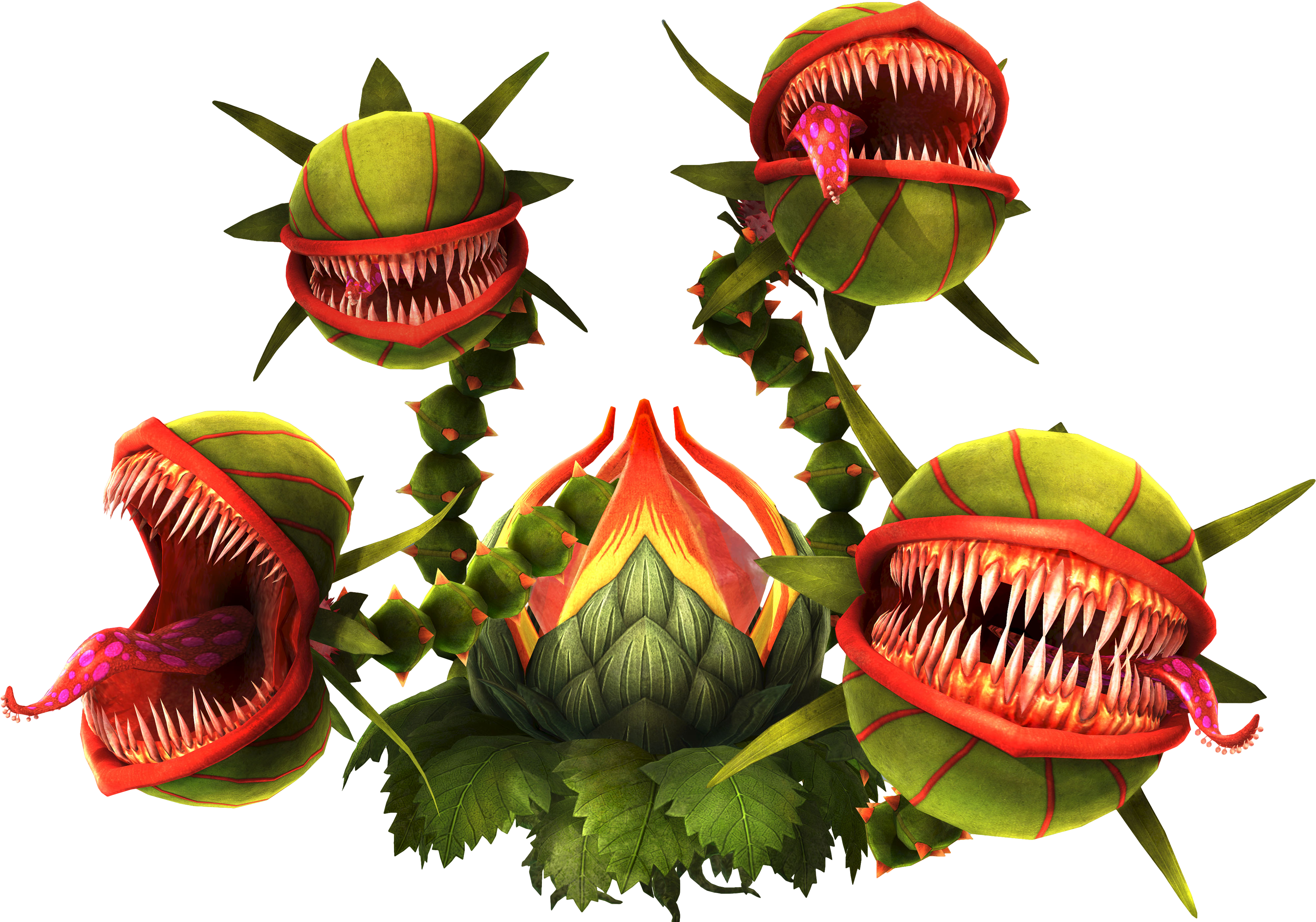 Manhandla is one of the Giant Bosses featured in Hyrule Warriors. Manhandla is a 4-headed man eating plant that sprouts out of the ground and sometimes has little buds sprout out across the game map as well. This boss has a few attacks, but they are repeated several times as the fight between Link and Manhandla progresses. Sometimes, the boss is summoned by a main antagonist to distract or destroy Link such as Cia. The boss itself seems to have heads that are identical to that of a Deku Baba, also featured in the game, but without the poisonous barrier.

The battle starts with a cutscene of the boss emerging from the earth with its four heads roaring. Afterwards, Manhandla starts to move very slowly towards Link and sometimes attacks allied troops on the way. When it reaches the young hero, it begins to cycle through various attacks. The boss's weakpoint is a red jewel-like core that can be accessed by using the Boomerang to hit all four heads as they turn green and attack Link. The weak point bar shows up and Link is free to attack the core until Manhandla uses swirl to hit back and closes its weakpoint so that it is unavailable until its heads are hit once again. There is no set number of weak point attack cycles needed to defeat Manhandla; however, the boss is defeated after its health bar (the red bar found on the right of the screen or above the boss itself) runs out.

Only in the Valley of Seers scenario The Sorceress of the Valley will Manhandla burrow underground after it has lost about half of its health. Manhandla then spawns stalks in different locations throughout the map. Each stalk acts like any one of Manhandla's heads. Link must equip his Boomerang and strike the stalk, thus destroying it. Only one of the stalks, however, has the rest of Manhandla under it. If the correct stalk is hit, Manhandla surfaces and the battle continues on as it did before.