From Zelda Dungeon Wiki
Jump to navigation Jump to search
Want an adless experience? Log in or Create an account.
Zorona 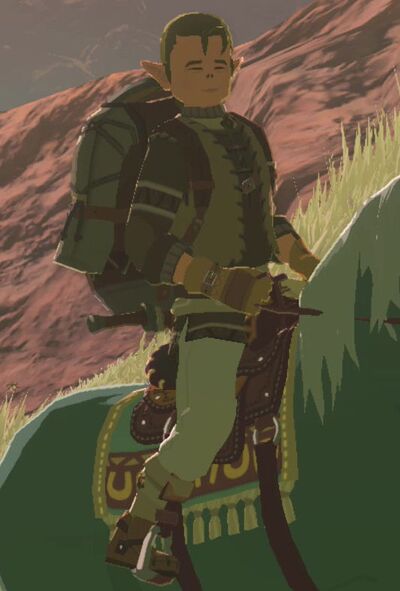 Zorona is a character from Breath of the Wild.

Zorona prides himself on his abilities to solve mysteries and share the information with fellow travelers.[1][2] Sometimes he shares rather trivial information, such as how if somebody is barefoot, they can hurt themselves if they try to kick open a treasure chest.[3]

Zorona has immense interest in the Fang and Bone shop and initially has some clues on how to find it. He knows the shop only appears at night and it appears at a skull-shaped lake.[4] He wants to know about who runs the shop and any other information he can get.[5][6][7] While he has information on some secret treasure hidden in Hyrule Castle, he passes that on to Link, as he instead is only interested in the Fang and Bone. After Link has first discovered the Fang and Bone over at Skull Lake, Zorona mentions that the shop has since been rumored to have been seen all over the place.[8][9]

Zorona also seems to have some knowledge of the Korok Forest. He mentions that there is a Legendary Sword deep in the forest. Despite his knowledge of this, he dismisses it, as he's only interested in the Fang and Bone shop.[10][11]