From Zelda Dungeon Wiki
Jump to navigation Jump to search
Want an adless experience? Log in or Create an account.
Rabbit 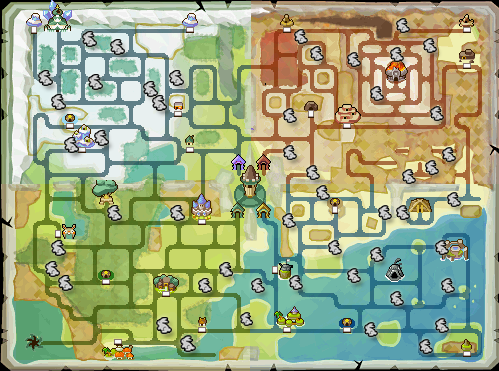 Rabbits are found throughout the kingdom of New Hyrule in Spirit Tracks. Link finds that there are a copious amount of Rabbits dispersed in the Overworld of the game. As a side quest, Link can collect all fifty of the Rabbits in exchange for Rupees, a Heart Container, and the Swordsman's Scroll. Link can only capture Rabbits once he has obtained the Rabbit Net from the owner of the Rabbitland Rescue.

How to Catch Rabbits

While traversing New Hyrule, Link can find many different Rabbits in each realm of the kingdom. When Link finds one hiding behind a boulder, barrel, or other object, he can destroy the object from in front of the Rabbit using the Cannon and start a mini-game where Link has to use the Rabbit Net to capture the Rabbit before it flees. The Rabbit hops around for ten seconds before fleeing if not caught.[1] Link uses the stylus on the DS touchscreen to control the Rabbit Net.

There are ten Rabbits in each realm, including the Forest Realm, Snow Realm, Fire Realm, Ocean Realm, and Sand Realm. When Link captures a certain amount of Rabbits (5, 10, 50, or one Rabbit from each realm) he can then bring them to the Rabbitland Rescue owner in exchange for prizes.