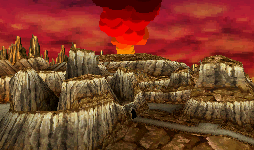 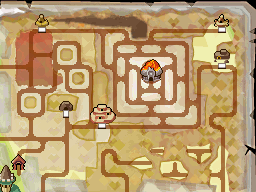 The Fire Realm (Fire Land in the European/Australian version) is one of the six realms in Spirit Tracks. This is the fourth realm in the game, and is where Goron Village and the Fire Temple are situated.

The Fire Realm is a mountainous region of ashen air. Large gorges of lava encompass the area.

There are seven stations in the Fire Realm. These are:

Ten fire rabbits can be found here which can be returned to Rabbitland Rescue for a reward. Additionally, a Heart Container may be earned by completing the Braintwister set of puzzles at the Ends of the Earth Station.