From Zelda Dungeon Wiki
Jump to navigation Jump to search
Want an adless experience? Log in or Create an account.
Nette Plateau 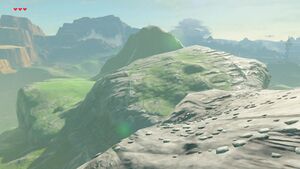 The Nette Plateau is a location found in Breath of the Wild.

The Nette Plateau is a higher elevation area, found at the south end of the Lake Tower region. It is located just southwest of the Highland Stable, east of the Menoat River, and north of the Puffer Beach.

The plateau is rather quiet, with very few enemies or wildlife. Occasionally some Pink Heron and Blue-Winged Heron will appear, alongside some Mountain Goats. The only enemies that appear in the area are some Stalkoblin that come out at nighttime. There are some Ore Deposits, including a Rare Ore Deposit surrounding the plateau. 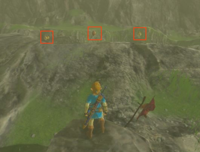 Stand next to the pinwheel, shoot the three acorns. You can use stasis to make it easier.

Stand next to the pinwheel and shoot the three acorns that (just about) appear over the ridge line directly to the south. 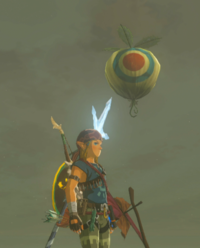 Stand near the pinwheel and shoot the five balloons circling overhead. 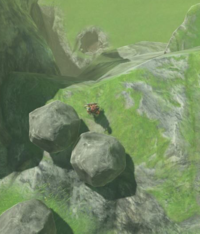 High on the cliff above this hole are three boulders. Push one of them off the cliff and into the hole.

Push a boulder into the hole.