From Zelda Dungeon Wiki
Jump to navigation Jump to search
Want an adless experience? Log in or Create an account.
Mazli 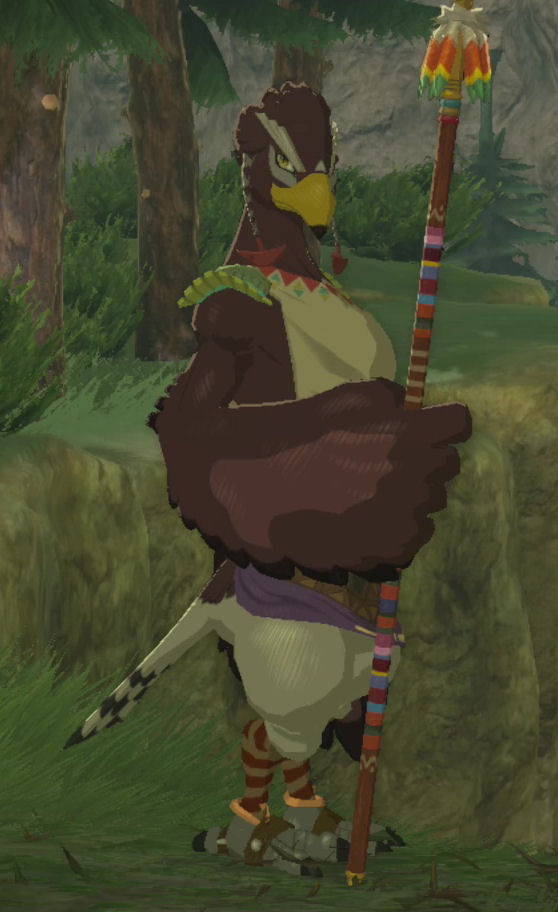 Mazli is a character in Breath of the Wild.

Mazli is a Rito guard who can be found patrolling the area right at the entrance of the village with his Feathered Spear. When Link approaches, he tells Link that he would normally show him around, but times aren't really good at the moment.[1] Normally the villagers are a bit more welcoming, but times are a bit tough. He encourages Link to talk to the villagers around town to hear more about what's going wrong in town.[2]

Although Link can ask Mazli himself, of which he references Divine Beast Vah Medoh, who can be seen flying up in the air. He mentions that some of the Rito warriors tried to fly up to check it out, but that they were shot down. He mentions that the Divine Beast use to protect the village, but now it is just dangerous, forcing Rito to fly at much lower elevations.[3]