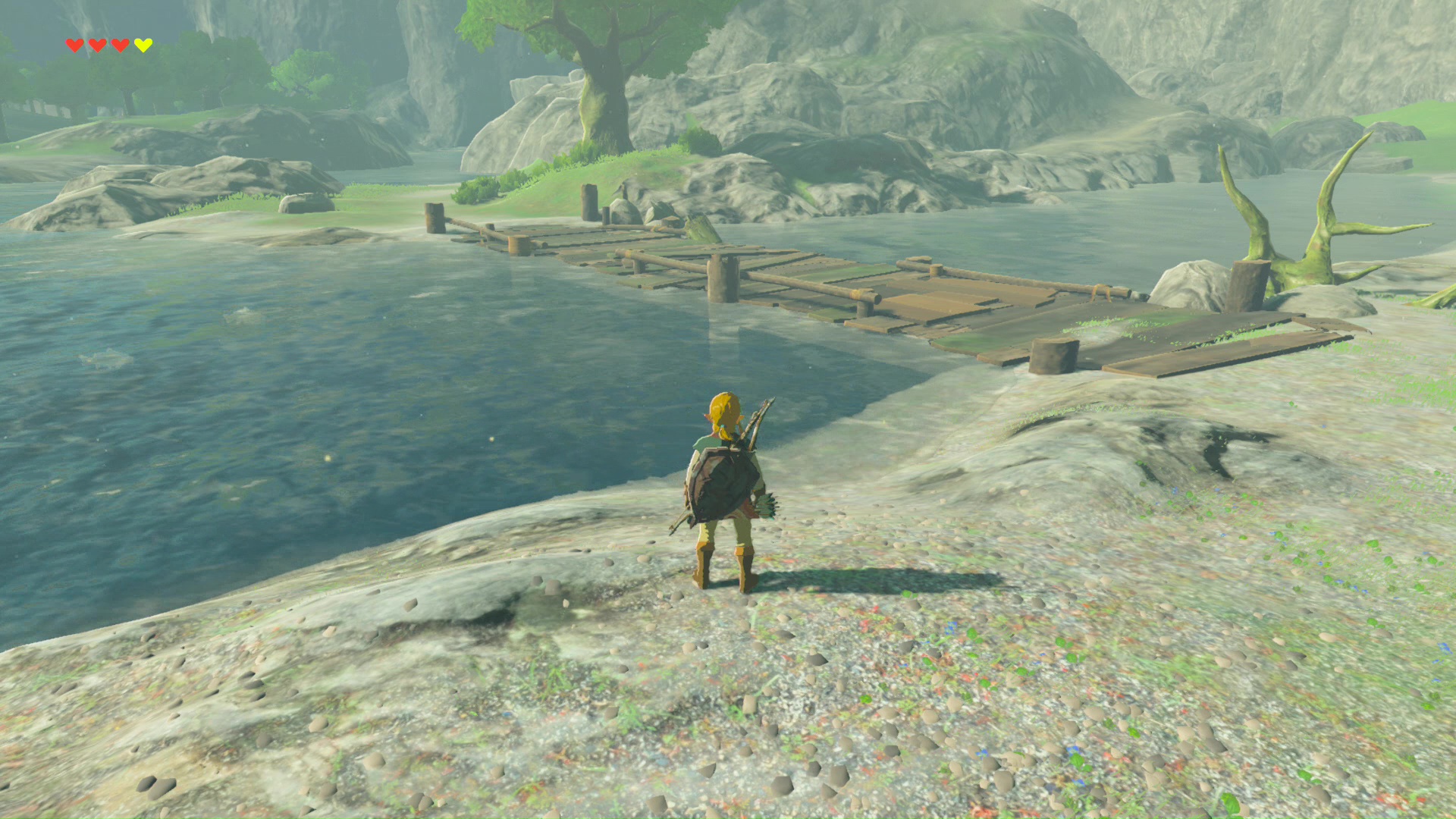 Little Twin Bridge is a location in Breath of the Wild.

The bridge is located south of the Dueling Peaks Stable and just southeast of the Big Twin Bridge. This small bridge crosses over a small tributary of the Squabble River. While the main road ends shortly after crossing the Little Twin Bridge, it does give easier passage to the Hickaly Woods.

As part of the Misko, the Great Bandit side quest, Domidak will give a hint where he references the Big Twin Bridge and the Little Twin Bridge. The hint refers to the bridges as the little twin steps over the little river. After crossing the bridge, Link can then head south to the river's source where he will find Misko's treasure.[1]

In Master Mode, there is a sky platform held up by Sky Octoroks that have some Blue Bokoblin on it. There is a treasure chest on the platform that holds a Soldier's Claymore.

Link can find some Mighty Carp and Hot-Footed Frogs in the area immediately around the Little Twin Bridge. There is also a Mountain Goat usually found just west of the bridge. 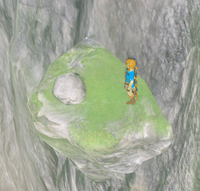 Climb up to this ledge, and lift this rock.