From Zelda Dungeon Wiki
Jump to navigation Jump to search
Want an adless experience? Log in or Create an account.
Falmark 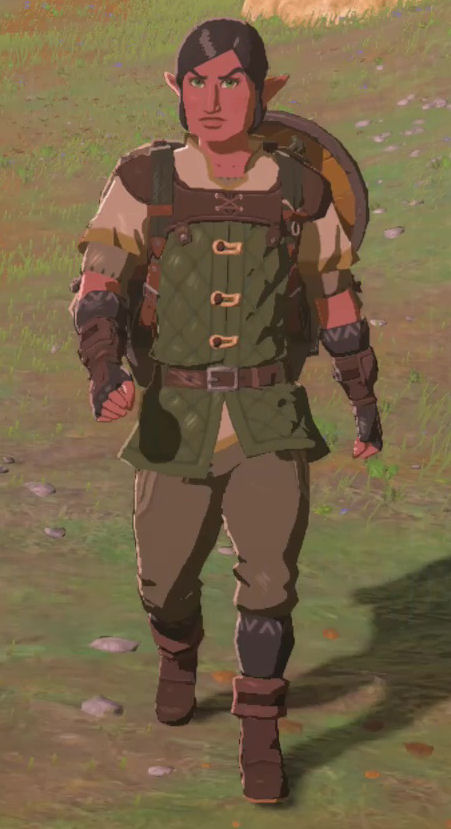 Falmark is a character in Breath of the Wild.

Falmark is a traveler who will walk between the Rito Stable and the Snowfield Stable. He wields a Wooden Shield on his back and is passionate about Shield Surfing. He will teach Link some quick tidbits about shield surfing, in particular about how his shield will not break if he is surfing on sand or on snow, but it will break when surfing on other surfaces.[1]

Falmark will stop and comment at the various locations along his route. While near Rito Village, he'll comment about how terrified he is of heights. Which is a bit ironic, as he also talks about the great feeling he gets when surfing down the Hebra Mountains. [2][3][4] It is the steady slopes that he really likes. Falmark will also talk about stories from his younger days, in particular about one time he saved a lost child on the Hebra Mountains and how thrilling it was shield surfing down a mountain with a kid on his back.[5][6]

Falmark also has knowledge of the Hebra Great Skeleton, located beneath the Hebra North Summit. He's hoping to get a glimpse of the bones as they are believed to bring happiness to anybody that sees them.[7]

Falmark will stop at the Snowfield Stable, stating that he is making preparations to head up the Hebra Mountains. He stresses the importance of preparation, which is something he learned from Selmie, who live's up on the mountains at Selmie's Spot.[8][9] He even states that he wants to take part in the Selmie's Shield-Surfing competition found at the Hebra East Summit.[10] Howerver, despite stating he was making preparations to head up the mountain, Falmark will turn back around, traveling on the path leading to the Rito Stable.