From Zelda Dungeon Wiki
Jump to navigation Jump to search
Want an adless experience? Log in or Create an account.
Archway Gate 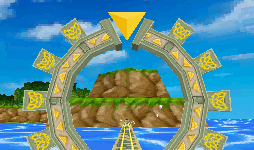 Archway Gates, also referred to as Space-Time Gates, are objects found within Spirit Tracks. They serve as the games method of Warping from one section of the Overworld to another. They are decorated archways that can be found just above the Spirit Tracks.

There are two types of Archways that Link will encounter. Ones with a green Force Gem above them and others without one. If there is a green Force Gem, Link can hit it with a Cannon shot, activating the warp. If there is no green force gem, then that particular archway must be activated from its corresponding archway before it can be used. Early in Link's quest, Link may come across these archways in which its corresponding archway is in a location that has yet to be discovered by Link.

If the Force Gem and the symbols on the Archway appear yellow, this means that the portal is active and Link can use the Archway to warp. In order to use the Archway Link must pull the Spirit Train's Whistle, causing a yellow portal to appear right above the tracks. Once Link rides into the portal, he will come out on the corresponding gate elsewhere in the Overworld.

There are a total of 16 standard Archway Gates, adding up to eight two-way warps across New Hyrule. In addition, there is a 17th Archway gate found within the Forest Realm that leads to the Dark Realm. 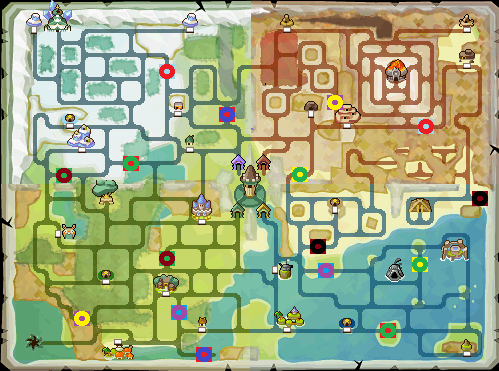