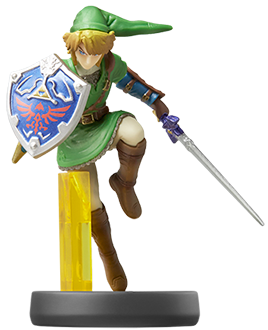 Link Amiibo is a character figurine which was made available as part of the first wave of amiibo, released on November 21st, 2014.

Link amiibo has functionality in several Legend of Zelda titles.

The amiibo has the same identical function in Breath of the Wild as that of the Twilight Princess Link amiibo.