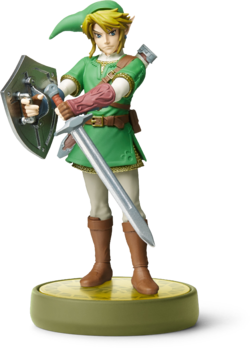 The Twilight Princess Link amiibo is a character figurine which was made available on June 23rd, 2017.

Link amiibo has functionality in Legend of Zelda titles.

The amiibo functions identically in Breath of the Wild to the Link amiibo from the Super Smash Bros. series.