From Zelda Dungeon Wiki
Jump to navigation Jump to search
Want an adless experience? Log in or Create an account.
Jana 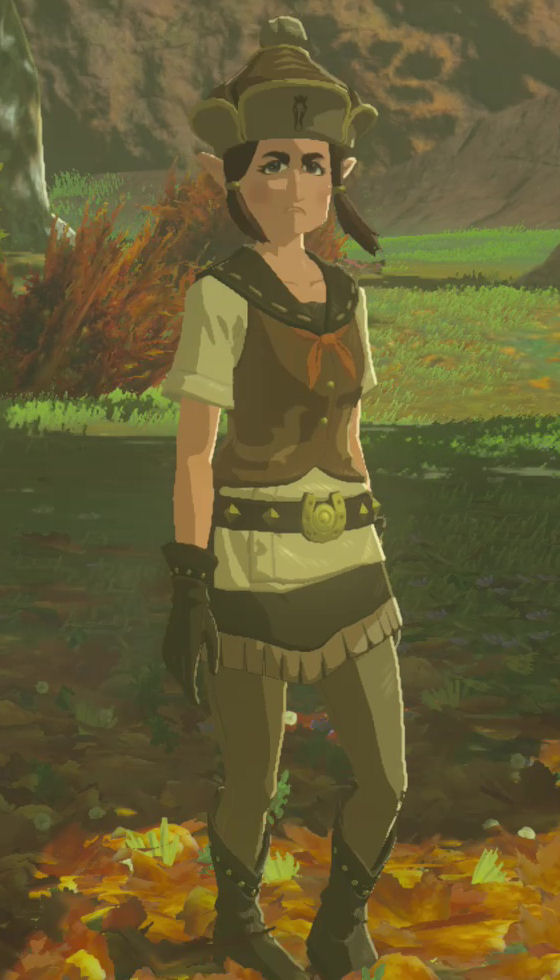 Jana is a character in Breath of the Wild.

When Link first meets Jana, she seems to have a bit of an attitude towards Link.[2] However, when she finds out that Link has some Armoranth, she asks if she can have some.[3] Armoranth is here favorite plant and after Link gives her one, she thinks that maybe the two of them could get along after all. She mentions that the Akkala region is not really famous for much at all and wonders what Link is doing all the way out here.[4] She does tell Link that if he heads east from the stable, he'll get a great view of Lake Akkala and the Akkala Sea, but that is about all there is to do in Akkala.[5]

After talking to Jana and giving her an Armoranth, she will mention that her younger sister Gleema is a huge fan of insects. However, there is a particular insect that Gleema is dying to see in real life, but she won't tell Jana. Jana wants to find out what the insect is, as Gleema's birthday is coming up and wants to surprise her. Jana will take Link with trying to find out what insect Gleema is looking for.[6] This will being the side quest.

Link can then talk to Gleema at the stable, who tells Link that she has a secret. After pressing her on it, Gleema reveals that Jana hates dragonflies. She once showed her a book that had pictures of a Warm Darner, Cold Darner, and Electric Darner, and it creeped Jana out. This is why Gleema didn't want to tell Jana what she's looking for. However, after telling Link this information, it will progress the quest.

After giving Jana the information, she'll be a bit agitated that Gleema wants the one type of insect that she cannot stand. That said, it is Gleema's birthday, so she doesn't think she has a choice in the matter. She will task Link in finding a warm darner, cold darner, and an electric darner.[7] While they can be found in the wild, Beedle will sell all three types of darners at the various Stables found throughout Hyrule.

After acquiring all three darners, return to Jana to give them to her. She just cannot bring herself to take the darners as they creep her out. She will then task Link with delivering them straight to Gleema.[8]

After giving the darners to Gleema, she will be super excited and will run back over to Jana to show them to her big sister. Afterwards, Link can speak with Jana, as she has managed to calm down a bit. She thanks Link for helping her and will reward Link with a Silver Rupee, completing the quest.[9][10][11]