From Zelda Dungeon Wiki
Jump to navigation Jump to search
Want an adless experience? Log in or Create an account.
Kaifa 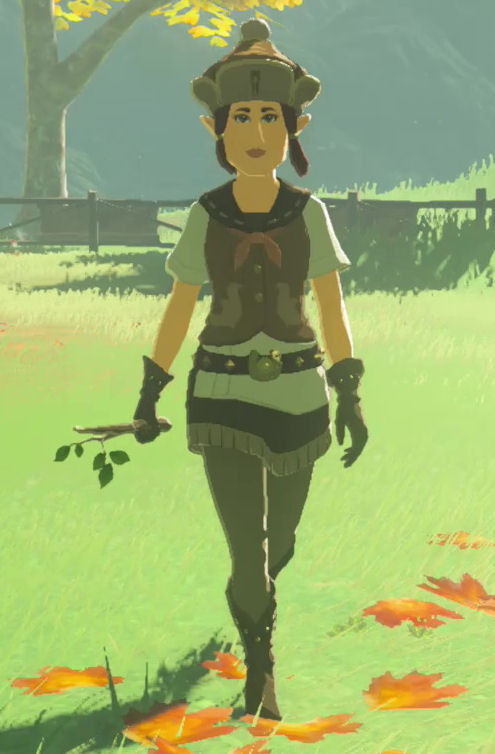 Kaifa is a character in Breath of the Wild.

Kaifa can be found at the South Akkala Stable, where she lives there with her two younger sisters, Jana and Gleema. Kaifa works at the back of the stable where she takes care of the livestock. Kaifa gets really embarrassed when Link talks to her. She is a bit shy and regularly forgets what to say, resulting in her apologizing.[1]

Kaifa enjoys raising Highland Sheep. While the South Akkala Stable is supposed to be a horse stable, people say it is "more of a sheep stable", given the number of sheep births that have occurred.[2]

When first approached, Kaifa thinks Link is a customer.[3] She will talk about the Fang and Bone shop that Kilton runs, over at Skull Lake. Kilton is such a suspicious person that the people over at the East Akkala Stable starting to hire some soldiers for protection, due to the rumors about Kilton.[4]