From Zelda Dungeon Wiki
Jump to navigation Jump to search
Want an adless experience? Log in or Create an account.
Gleema 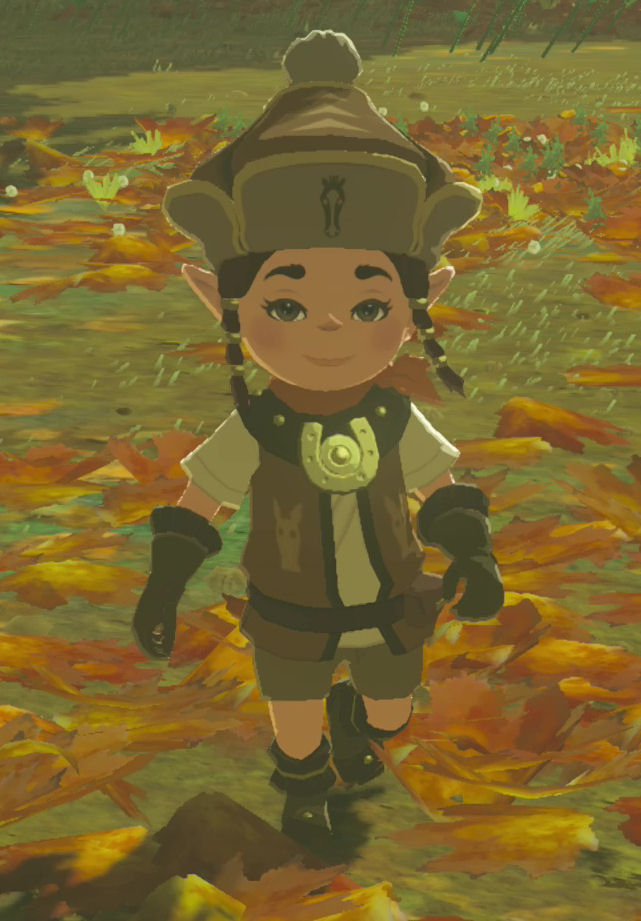 Gleema is a character in Breath of the Wild.

Gleema can be found at the South Akkala Stable, where she lives there with her two older sisters, Kaifa and Jana. Gleema wanders around near the stable, looking for insects. Gleema has a secret and teases Link about it, before spilling the beans.[1][2] The big secret is that her older sister Jana hates dragonflies.[3]

After talking to Jana and giving her an Armoranth, she will mention that Gleema loves insects, and is dying to see a particular one. However, Gleema refuses to tell Jana what the insect is. Jana will task Link with trying to figure out what insect it is, which will start the Side Quest.

After talking to Gleema, Link will find out that Jana is scared of Dragonflies. In particular, Gleema once saw a book with some Warm Darners, Cold Darners, and Electric Darners, but once she showed the book to Jana, her older sister said they looked creepy on and got mad.[4] This is the reason that Gleema won't tell her sister what insects she is looking for, as she doesn't want to upset her. However, after telling Link this, it will progress the side quest.

Link can than talk to Jana, who will task Link with finding all three darners. They can be found in the wild, although they are more easily found as they can be purchased from Beedle at the varies stables. Once Link has found the darner's he can return to Jana. Even then, Jana cannot bring herself to getting close to the dragonflies and will ask Link to deliver them straight to Gleema.

Once Link shows the three dragonflies to Gleema, she will be overwhelmed with excitement. She will take the bugs and run over to her older sister to show them to her.[5][6] After doing so, Link can finally talk to Jana one more time, as she has now calmed down. She will thank link and reward him with a Silver Rupee, completing the quest.