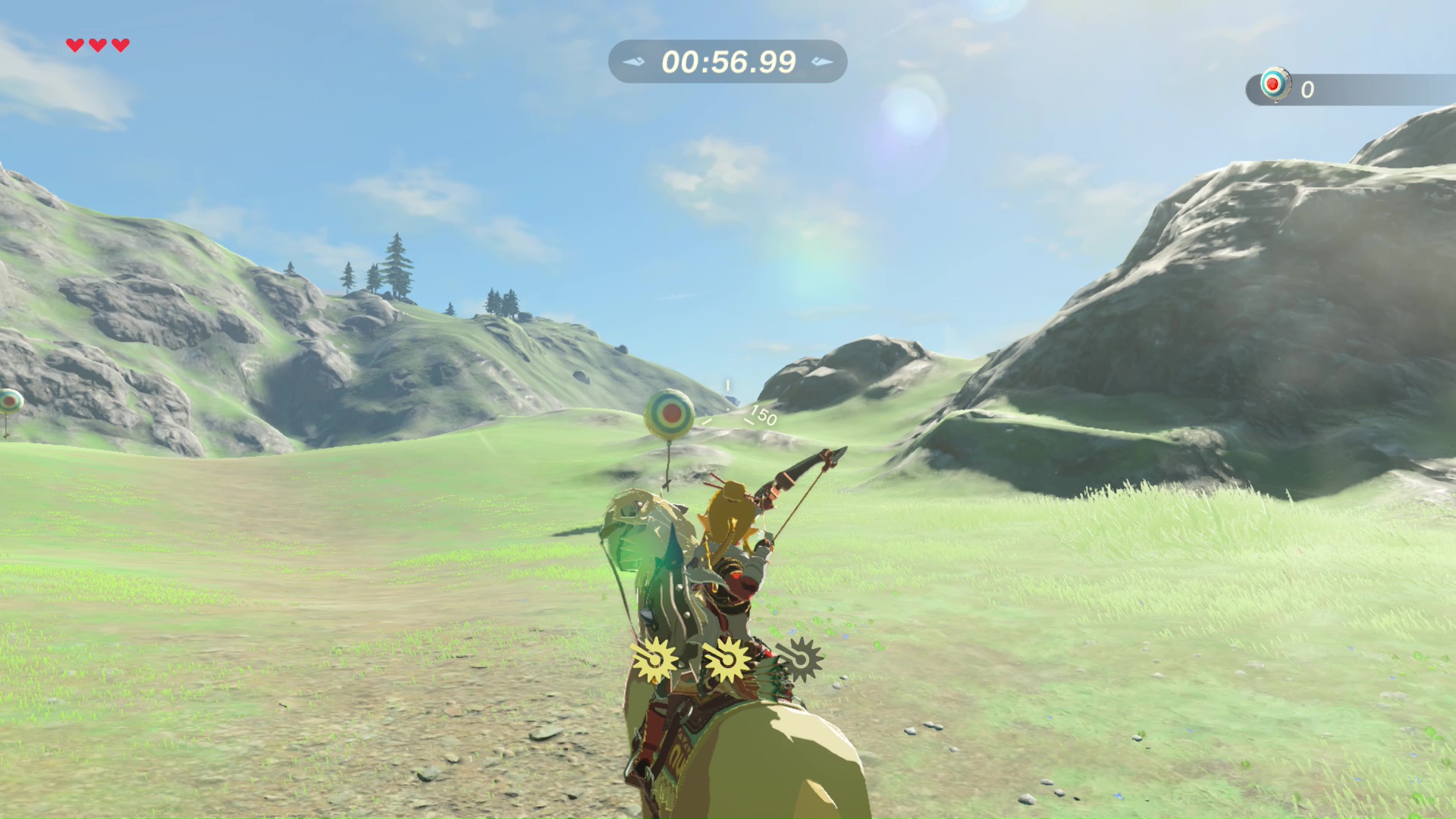 Horseback Archery Drill is a mini-game located at the Mounted Archery Camp in the Lake Tower region of Breath of the Wild. From the Highland Stable, ride a horse westward along the path and you'll run into Jini and Straia. While riding a horse, speak with Jini to partake in the Horseback Archery Drill.

You will need to have some arrows and a bow to participate and Jini doubles down as an Arrow merchant. Link can sell him some goods and also purchase some regular Arrows, and some Bomb Arrows.[1][2][3] On rainy days, he can also purchase some Shock Arrows.

After Jini tries to sell some arrows, he will then introduce the Horseback Archery Drill. It will cost Link 20 rupees to participate.[4][5][6]

Jini will setup a series of targets out in the field and Link will need to ride on his horse and shoot them down. Link only has 60-seconds to complete the task and is limited to however many arrows he has, and whichever bows he has in his inventory. If at anytime, Link gets off the horse, he will be disqualified and the drill will be over. Initially, Jini will set a goal that if Link breaks more than 20 targets, he'll hand over his Horse Gear.[7]