From Zelda Dungeon Wiki
Jump to navigation Jump to search
Want an adless experience? Log in or Create an account.
Jini 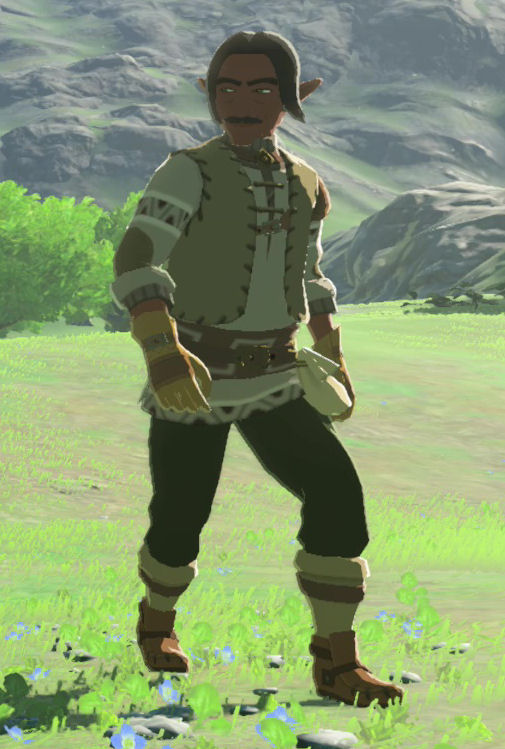 Jini is a character in Breath of the Wild.

Jini can be found sitting beside a Cooking Pot at the Mounted Archery Camp, located at the end of the pathway, west from the Highland Stable. He is trained in horseback archery and offers to teach Link a few tips.[1] Jini indicates that the monsters out in this direction are viscous, as he is referring to the Bokoblin riders at the Darybon Plains and the Red-Maned Lynels at the Oseira Plains.[2] If Link does not have his horse with him, Jini suggests visiting the nearby Highland Stable before he will teach him and tricks.[3]

Jini can be found alongside Straia, who is also at the Mounted Archery Camp. While he spends the entire day sitting down, he will not fall asleep until after midnight each evening. Despite the late hour, Jini will wake up and still will be willing to work with Link on his horseback archery.[4]

Before drilling with Jini, he'll offer to sell Link some arrows. He offers bundles of regular Arrows, as well as some Bomb Arrows.[5][6][7]

Talk to Jini while on horseback and after he tries to sell some arrows, he will then introduce the Horseback Archery Drill. It will cost Link 20 rupees to participate.[8][9][10]

Jini will setup a series of targets out in the field and Link will need to ride on his horse and shoot them down. Link only has 60-seconds to complete the task and is limited to however many arrows he has, and whichever bows he has in his inventory. If at anytime, Link gets off the horse, he will be disqualified and the drill will be over. Initially, Jini will set a goal that if Link breaks more than 20 targets, he'll hand over his Horse Gear.[11]

Depending on how well Link performs, Jini will award Link with a variety of awards, including more Arrows, a Knight's Bridle, and a Knight's Saddle.[12]