From Zelda Dungeon Wiki
Jump to navigation Jump to search
Want an adless experience? Log in or Create an account.
Axyl 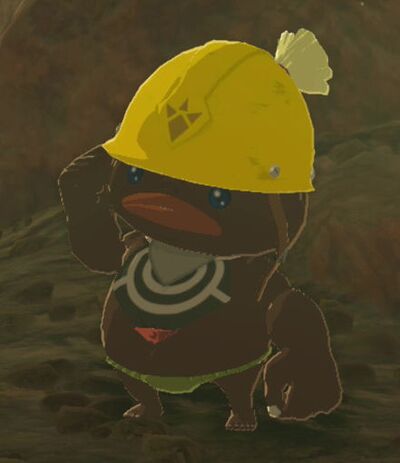 Axyl is a character from Breath of the Wild.

Axyl is a young Goron who can be found in the Southern Mine. During the daytime he can be seen rolling around the mine, alongside his friend Pelison. Axyl is the son of Dorill, who runs the Goron Group Mining Company at the Southern Mine.

When Link first chats with Axyl, Axyl will get worried when he realizes that Link is a Hylian.[1] He warns Link that just beyond Goron City, there are Magma Bombs raining down, which can be very dangerous to Hylians.[2] Additionally, he mentions that Death Mountain is burning hot.[3] At least this is what his father told him, he believes that because his father is a grown-up, he should be listened to.[4][5]

After 8pm each day, Axyl will get tired and will head off to bed, where he sleeps beside Pelison and his father, Dorill.[6][7]